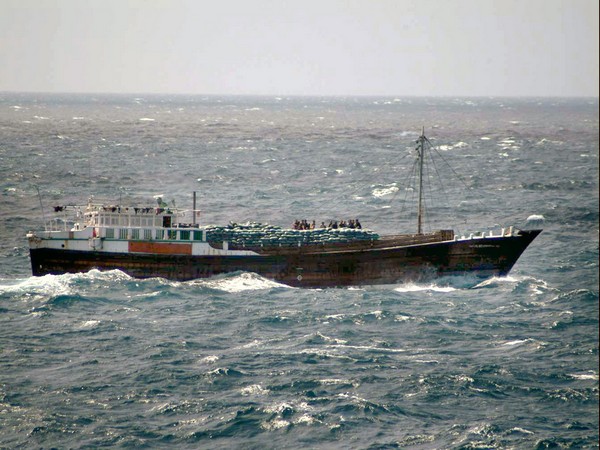 Abuja [Nigeria], Jan 19 (ANI): The Indian Mission in Nigeria on Sunday said that 20 seafarers who were kidnapped by pirates last month near the Nigerian coast have been released but one of them lost his life due to adverse conditions in captivity.
"Indian Govt and Mission gave the highest priority and worked with @NigeriaGov on the release of 20 Indian seafarers kidnapped on 15 Dec from MV Duke. 19 were released yesterday. One sadly died in captivity in adverse conditions. Our deepest condolences. Mission assisting in speedy return," Indian High Commission in Nigeria said on Twitter.
On December 16, the Ministry of External Affairs on Monday had said that the Indian government has shared its concerns with the Nigerian authorities over the abduction case.
"We are concerned by the kidnapping of 20 Indian crew members (as reported by the Shipping agency) from the vessel MT Duke in the high seas off the western coast of Africa on 15th December 2019. Our Mission in Abuja has taken up the matter with the Nigerian authorities, as also with the authorities of the neighbouring countries," MEA spokesperson Raveesh Kumar had said in a statement.
"The safety of hostages is paramount and we continue to engage with Nigerian authorities and other stakeholders closely on the recent incidents," the spokesperson added.
The ministry has noted that this is the third such incident this year in the region, affecting Indian nationals.
In another incident, a Hong Kong-flagged vessel carrying 18 Indians on board was hijacked by pirates earlier in December while it was transiting through Nigeria. (ANI)

Second case of coronavirus confirmed in US

SpiceJet to shift entire operation to terminal 2 of Mumbai...

Pak: Protests erupt in Kasur over rape, murder of 3 minor...

I never had desire to enter politics: PM Modi