35 people injured in clashes near Russian Embassy in Lebanon 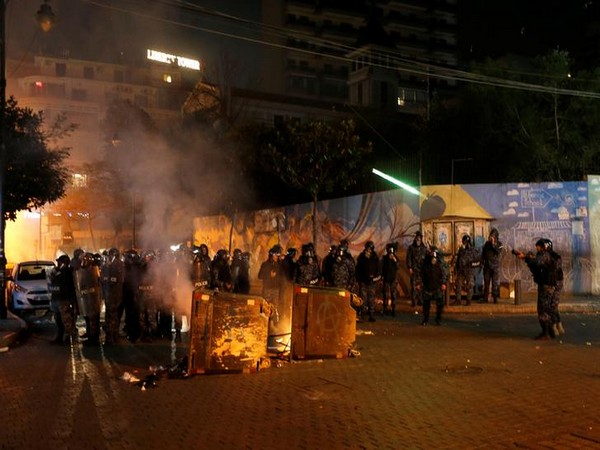 Beirut [Lebanon], Jan 16 (Sputnik/ANI): At least 35 people have been injured in violent clashes between police and protestors near the Russian Embassy in Lebanon's capital Beirut, the Lebanese Red Cross said.
On late Wednesday, Sputnik reported that the clashes erupted near the Russian diplomatic mission in the city. The embassy's press service told the outlet that no employees of the diplomatic mission was injured in the incident.
"As for the moment, 35 people have been injured and they have been hospitalised. Ten people received assistance at the site," the Red Cross said in a statement on late Wednesday.
Lebanese police and armed forces managed to restore control over the area near the Russian Embassy following the clashes.
The Wednesday clashes are just one more episode in the ongoing unrest in Lebanon, which started on October 17 last year, following the government's intent to introduce a tax on internet calls made via the WhatsApp messenger.
Even though the controversial measure was scrapped and the government of Saad Hariri resigned, people have remained in the streets to demand reforms amid a protracted economic and financial crisis. (Sputnik/ANI)

Afghanistan: 6 injured in explosion in Jalalabad

Jharkhand Vikas Morcha to merge with BJP on Feb 17: Babulal...

In view of pollution, open activities to be restricted...

Almost all Naga underground groups engaged with GoI in...

Court adjourns for next year defamation case against Tharoor...