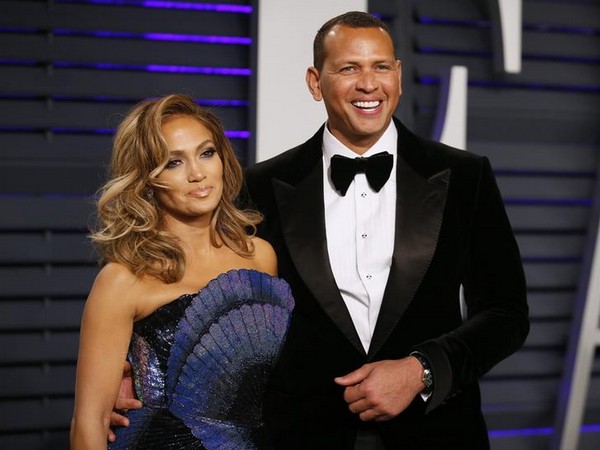 Washington DC [USA], Nov 7 (ANI): Alex Rodriguez who recently appeared on a television show joked about her fiancee and singer Jennifer Lopez.
The former Yankees player joked about who's the 'boss' in his blended family and guess what, the 44-year-old star gives all the credit to his would-be-wife.
During an appearance on the talk show 'Today with Hoda & Jenna', he was asked by guest co-host Andy Cohen about "who wears the pants" in the power couple's relationship and his answer was really hilarious, reported Us Weekly.
"Before she gets home, I'm the boss," Rodriguez said on Wednesday. "Andy, when I get home, I'm like, 'I'm security, I'm Uber, I'm the teacher.'"
Rodriguez added, "We have four kids and no one listens to Dad." (Lopez is the mother of 11-year-old twins Emme and Maximilian, whom she shares with ex-husband Marc Anthony. A-Rod, meanwhile, shares daughters Natasha, 14, and Ella, 11, with ex-wife Cynthia Scurtis.)
Rodriguez additionally praised his 50-year-old fiancee for all that she's accomplished of late. "She's just such an incredible person," he shared.
"She is so excited. Hustler was a juggernaut. It was such a great movie and so relatable, right here in New York City. She's doing Marry Me now," he said.
Not missing on anything important, Alex also mentioned Lopez' Super Bowl performance with Shakira, in which he said she had "tears" upon receiving a call from NFL commissioner Roger Goodell about the opportunity. The retired athlete said it was Lopez's "lifelong dream to play at the Super Bowl." (ANI)

What an asset Rohit Sharma is to Indian cricket: Sourav Ganguly

Khloe Kardashian may come up with her own new show

Confirmed! Taylor Swift to perform at NYC this month