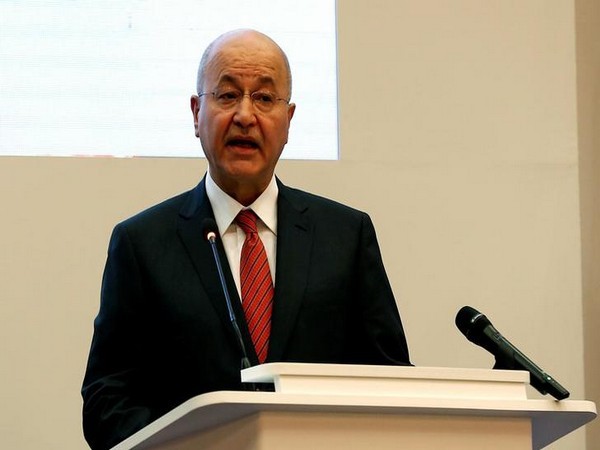 Baghdad [Iraq], Oct 8 (ANI): While addressing a public event, Iraqi President Barham Ahmed Salih on Monday denounced the targeting of peaceful demonstrators and called on protesters to join the national dialogue.
"The targeting of peaceful demonstrators and security forces with live bullets, and the targeting of media and media workers is unacceptable in Iraq, which we have pledged to be democratic, in which rights and freedoms are respected, and where all abide by the constitution," said the President as quoted by Xinhua.
He also urged the protesters "to join a constructive and genuine dialogue within the national framework that guarantees to inform the people about the steps of reform and hold direct and daily meetings with our youth in all cities."
Salih also said that he supports a 'fundamental ministerial reshuffle' to improve government performance and to activate its mechanisms to achieve a qualitative leap in its performance to provide public services.
In a series of protests which started last week against poor public services, high unemployment, and rampant corruption, over 100 people have died in the country, including eight security members, and 6,107 people have been injured. (ANI)

Houston hit by Tropical Depression Imelda ahead of PM Modi's...

India takes Pak to world body for denying permission to...

Russia unable to find documents on Netaji Bose: Govt in...