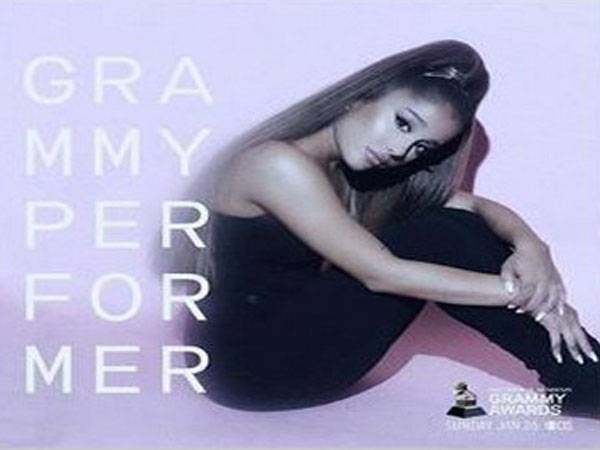 Washington D.C. (USA) Jan 13 (ANI): American singer Ariana Grande announced in the early hours of Monday that she would be performing at the 2020 Grammy Awards.
Grande took to Twitter to share the news and wrote: "see you Jan 26 #GRAMMYs @cbs @recordingacad." 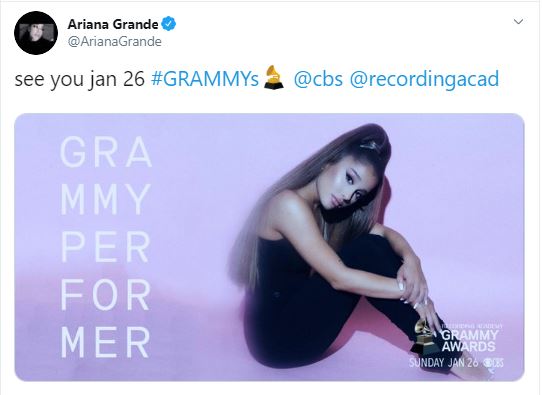 The '7 Rings' singer had backed out of a performance last year in the Grammys after she and the producers could not agree on a song, sources close to the situation told Variety at the time.
While there has been no official confirmation yet from the Grammys, performers will be making the announcements themselves before the Grammys' traditional, multi-artist announcements are made, a source told Variety.
The 'Thank u, next' singer is also joined by a star-studded lineup of fellow nominees including Billie Eilish and Lizzo, music icons Aerosmith, and a duet from Gwen Stefani and Blake Shelton.
Grande, who has nailed 2019 by giving some widely lauded tracks, is up for five Grammys this year.
The 2020 Grammy Awards will be hosted by Alicia Keys. (ANI)

P&G Health partners with PHFI to implement Digital Health Project at Goa under its...

Selena Gomez talks about traits she's looking for in a...

Disha Patani to play Punjabi girl in Ekta Kapoor's next...

Centre does not allocate funds to KVS state wise

Rawalpindi Test: Fourth day's play called off due to wet...

Rawalpindi [Pakistan], Dec 14 (ANI): Play was called off on Day four of the first...

RBI imposes penalty of Rs 7 crore on SBI for regulatory...

BJP-Shiv Sena alliance would get 220 seats in Maha elections:...