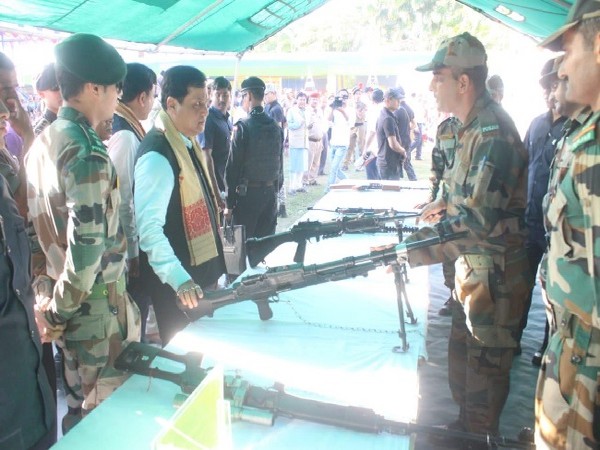 Golaghat (Assam) [India], Nov 3 (ANI): Assam Chief Minister Sarbananda Sonowal on Sunday attended the 27th State Level Children's Science Congress where he commended the Indian Army for its contribution in inspiring the youth of the State.
The event was organised at Jawahar Navodaya Vidyalaya, Rangajan where the Army has also displayed arms and modern weapons.
The different modern weapons and equipment generated curiosity and excitement amongst those who attended the event.
The science exhibition is being conducted from November 2-4. It is achieving the dual aim of igniting the young minds in exploring the vast horizons of Science and also offering an opportunity to 'Know the Army'. (ANI)

Are women's hygiene products true to their purpose?