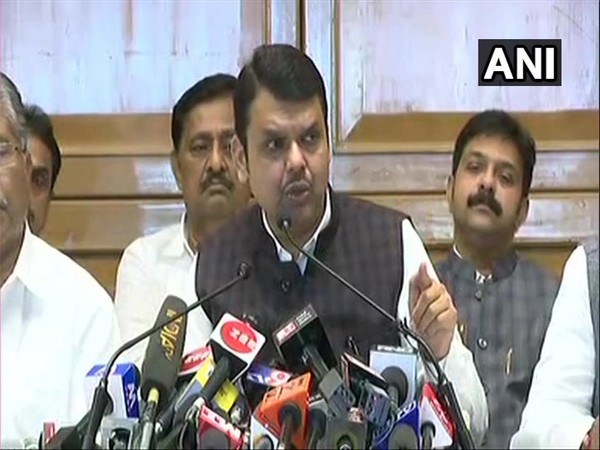 Mumbai (Maharashtra) [India], Nov 9 (ANI): Chief Minister Devendra Fadnavis has appealed to people to maintain peace and urged them to respect the Supreme Court verdict in the Ramjanmbhoomi-Babri Masjid dispute.
"Everyone should respect the Supreme Court decision regarding Ram Mandir. Chief Minister Devendra Fadnavis has appealed for peace and restraint," he tweeted.
Over 40,000 Mumbai police personnel will be deployed at strategic locations and strict vigil will be kept through CCTV cameras and drone in view of the verdict in the communally-sensitive case. "The police will keep a tab on social media to ensure than misinformation and hatred are not spread there, Mumbai Police PRO Pranay Ashok said.
Maharashtra Cyber Department and Directorate General of Information and Public relations (DGIPR) are keeping a close eye on social media to curb rumour-mongering.
"We are fully prepared for the situation arising after the Ayodhya verdict. We have appealed everyone not to indulge in any kind of rumour-mongering," Maharashtra Cyber department chief Special IG Brijesh Singh told ANI.
He said the department will soon issue a Whatsapp number to report any kind of fake news or provocative messages. "We have an in-house team which is keeping a close watch on social media posts related to the issue," Singh said.
The Supreme Court will pronounce its historic judgement in the decades-old Ram Janmabhoomi-Babri Masjid land dispute case today. (ANI)

'Lots of things' are happening between India, US: Trump

Delhi fire: BJP to give Rs 5 lakh compensation to families...

Walt Disney Co. will try to close the global box-office gap between its mega-blockbuster...