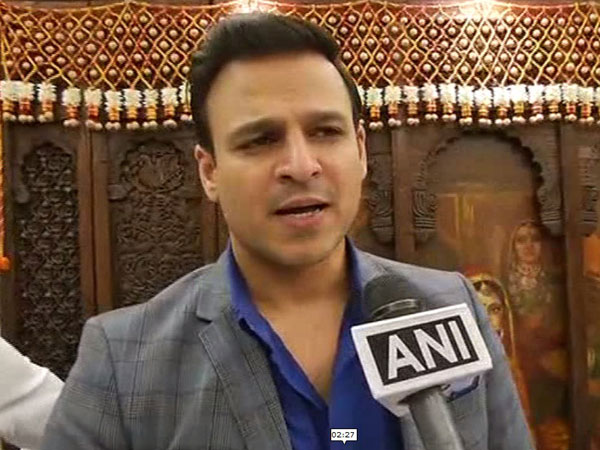 Mumbai (Maharashtra) [India], Dec 7 (ANI): Actor turned producer Vivek Oberoi who is currently working on his production 'Balakot: The true story' said that the motive of the film is "true celebration" of the Indian air force.
"I think it is important that there should be a true celebration of our Indian air force, that is the motive of the movie," Oberoi told ANI.
"It is a very big honour for me that I am producing a film on our national hero Abhinandan in collaboration with the Indian Air force," he added.
Speaking more about the film, the actor said that it is being made on a very large scale and has invited international collaborations.
Film 'Balakot: The true story' is the cinematic portrayal of the airstrikes that the Indian air force executed on its arch-rival Pakistan, days after a terror attack on CRPF convoy in Jammu Kashmir's Pulwama claimed the lives of over 40 paramilitary personnel.
The film will be shot in Jammu, Kashmir, Delhi, and Agra and will be made in Telugu and Tamil languages besides Hindi.
Vivek was last seen in PM Narendra Modi's biopic which witnessed a decent box office collection. The film, directed by Omung Kumar, released earlier this year. (ANI)

Why don't we take stringent steps to prevent such incidents?: Adhir Ranjan Chowdhury...

Oscars 2020 to go hostless for the second consecutive year

Emmys 2019: These 'GoT' stars nominated themselves!

In touch with Pakistan through diplomatic channels on Jadhav,...

UP: 2 coaches of Kashipur passenger train derailed at Moradabad...

SC seeks response from centre on plea moved by mothers...

Whatever party decided must be for for good, says AAP's...