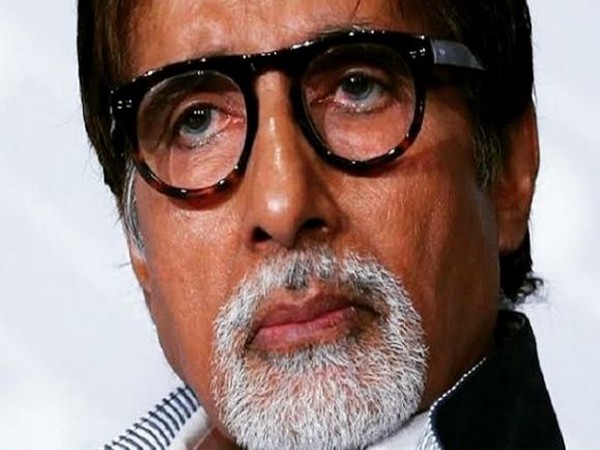 New Delhi (India), Nov 7 (ANI): As megastar and veteran actor Amitabh Bachchan clocked half a century in the industry on Thursday, scores of celebrities stormed the social media with their congratulatory post.
The actor who left no stone unturned to impress fans with his spectacular acting skills and versatility has worked with the who's who of the film fraternity. Today on this special day, his friends and colleagues from the industry looked back and congratulated the star for his outstanding contribution over the years.
Considering himself lucky to work with the ace actor, Riteish Deshmukh shared a scene from the sets of his film 'Aladin.'
"I was lucky enough to be born in the era of @SrBachchan sir & even more lucky to have had the good fortune of working with him in 3 films & be a part of a world tour lead by him. (There comes a time when even God gives you more than you deserve, and this is that moment) he wrote in Hindi on his Twitter handle.
Farhan Akhtar who shared screen space with the actor in 'Wazir' wrote, " Congratulations Amit uncle @SrBachchan on completing 50 years in film. Your number one fan forever."
Extending her best wishes to the actor, Shilpa Shetty shared an adorable picture with the actor where she can be seen hugging Amitabh. " LEGEND!
50 years and counting...THE 'AMITABH BACHCHAN," she wrote.
Singer Adnan Sami too extended his heartfelt wishes to the actor on completing 50 glorious years in the industry. Making his wishes special, Adnan shared a video of the song 'Kabhi Nahi' where the two can be seen twinning in same colour clothes.
Apart from the above stars, earlier today Karan Johar, Ekta Kapoor also wished the 'Shehenshah' of Bollywood.
The 77-year-old actor began his career in Bollywood with 'Saat Hindustani' in 1969.
His popularity reached heights the 1970s after films like 'Zanjeer,' 'Deewaar,' and the blockbuster 'Sholay'.
Amitabh Bachchan recently received India's highest award in cinema - the 'Dadasaheb Phalke Award'.
The megastar has worked in over 190 Indian films during his five-decade career and also has a statue at the 'Madame Tussauds' wax museum in London.
Last seen onscreen in 'Badla', Bachchan is also the recipient of four National Film Awards for his roles in 'Agneepath', 'Black', 'Paa' and 'Piku'.
He was honoured with Padma Vibhushan - the country's second-highest civilian honour - in 2015. (ANI)

Free Balochistan Movement to organise programs in Austria, Germany and Canada on...

Parineeti, Sidharth are here to tug at your heartstrings...

Milo Ventimiglia more like his character from 'The Art...