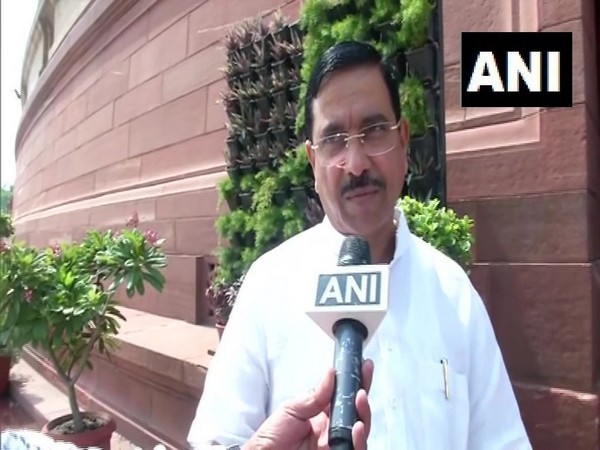 New Delhi [India], Dec 2 (ANI): BJP members including Parliamentary Affairs Minister Pralhad Joshi on Monday sought an unconditional apology from Congress leader in Lok Sabha Adhir Ranjan Chowdhury, saying he had termed Prime Minister Narendra Modi and Home Minister Amit Shah as "infiltrators" and it was an "insult" to the voters.
As Chowdhury did not tender an apology and said his remarks were being misunderstood, Joshi hit out at him and urged the chair to move ahead with the day's business.
The minister also called Congress president Sonia Gandhi an "infiltrator" referring to her foreign origins.
After the House met after lunch, BJP member Nishikant Dubey attacked Chowdhury saying that illegal migrations had been taking place in several districts of West Bengal.
"He should seek forgiveness from the House," Dubey said.
Joshi said a leader of Congress has come from Italy. He said Chowdhury has made "irresponsible remarks" against the Prime Minister and Home Minister and these cannot be accepted.
"Their own leader is 'ghuspaithia' (infiltrator). Congress has little sense. He should apologise," he said and added that if Chowdhury does not apologise, Sonia Gandhi or Rahul Gandhi should apologise on his behalf.
Chowdhury said the ruling party members were making a mountain out of a molehill and they should listen to him if they have courage.
He made allegations against the government but Joshi urged the chair to expunge them from records.
He said BJP leaders had called party chief Sonia Gandhi an infiltrator. "If my leader is an infiltrator, so is yours," he said.
Rama Devi, who was in the chair, also said that Chowdhury should apologise.
BJP member Rajendra Agarwal said Congress resorts to voting bank politics and said it was responsible for "demographic change" in some states of the northeast.
He said Sonia Gandhi had taken Indian citizenship 18 years after her marriage.
Joshi said our demand is that he should apologise and the House should run.
He said Chowdhury was not ready to apologise and accused the Congress member of lacking sensitivity and behaving irresponsibly. "Congress does not improve, Adhir does not mend, please take today's agenda," he said.
The House then took place The Taxation Laws (Amendment) Bill, 2019.
The issue was raised during zero hour by BJP's Uday Pratap Singh who took strong objection to Chowdhury's remarks and said he had called the BJP leaders "ghuspaithiye" (infiltrators) as they had come to Delhi from Gujarat.
Singh, who is MP from Hoshangabad, said the Congress leader was disrespecting them.
"They have increased the honour of the country. He is disrespecting them. He should apologise. They are not only pride of BJP but of India," he said.
He accused Chowdhury of encouraging infiltrators in West Bengal and BJP-led government was taking steps against them.
Other BJP members also joined him and said Chowdhury has to apologise. Joshi said he condemns the words used by Chowdhury and said Congress was not accepting the mandate of the people.
He said the Prime Minister and Home Minister were strong and decisive leaders.
"It is an outright insult to people who elected Modiji. He won a resounding mandate. He is liked overseas also," Joshi said, adding that the Congress leader should give an unconditional apology.
Joshi said the Home Minister had created history with the decision to repeal Article 370 in Jammu and Kashmir.
He said the leader of Congress had been elected from West Bengal. "Can we call him an infiltrator?" he asked. (ANI)