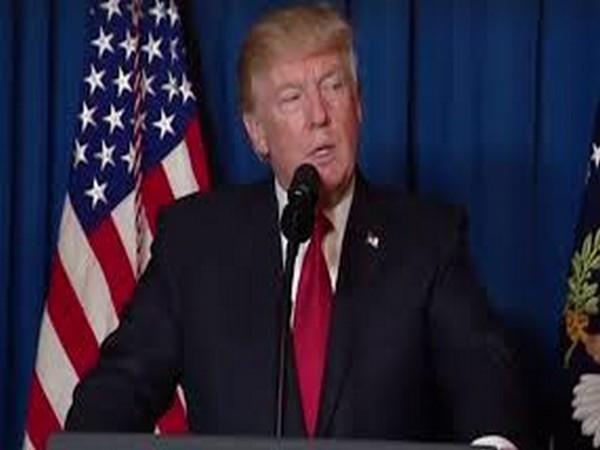 Washington D.C. [USA], Dec 3 (ANI): Reporters working with the Manhattan-based Bloomberg news agency will not be allowed to attend the rallies and events of Donald Trump's re-election campaign, the President's 2020 campaign manager Brad Parscale said on Monday (local time).
The decision was taken in response to the media organisation's recent announcement that it would not investigate its boss, Michael Bloomberg, or his rivals seeking the Democratic Party's nomination to take on the United States President in 2020, Fox News reported.
"The decision by Bloomberg News to formalise preferential reporting policies is troubling and wrong," Parscale said in a statement.
"Bloomberg News has declared that they won't investigate their boss or his Democrat competitors, many of whom are current holders of high office, but will continue critical reporting on President Trump," he added.
The manager further noted that he is "accustomed to unfair reporting practices" but Bloomberg News' decision takes it too far because "most news organisations don't announce their biases so publicly."
Michael Bloomberg had launched his 2020 campaign last week with a one-minute ad, which was posted on social media. Along with the video, Bloomberg posted a written statement on his campaign website in which he laid out why he was the best candidate to defeat Trump next November.
"Since they have declared their bias openly, the Trump campaign will no longer credential representatives of Bloomberg News for rallies or other campaign events," Parscale wrote.
"We will determine whether to engage with individual reporters or answer inquiries from Bloomberg News on a case-by-case basis. This will remain the policy of the Trump campaign until Bloomberg News publicly rescinds its decision," the statement read.
Editor-in-chief at Bloomberg News, John Micklethwait, had earlier said that the newsroom will "continue our tradition of not investigating Mike (and his family and foundation)" and that it would extend the same policy to his opponents in the Democratic primaries, but not to President Trump.
Trump's 2016 campaign, citing unfair coverage, had barred a number of outlets from officially covering its events, including BuzzFeed and Politico. (ANI)

Security throughout the country is compromised: Robert Vadra