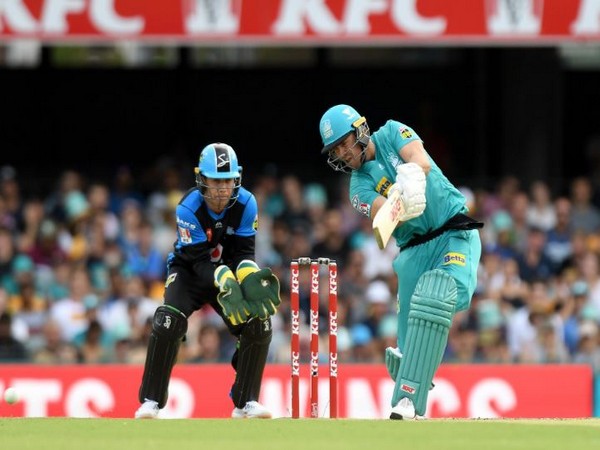 Woolloongabba [Australia], Jan 14 (ANI): Brisbane Heat vanquished Adelaide Strikers by seven wickets in the ongoing Big Bash League (BBL) here on Tuesday.
Chasing a low total of 111 runs, Brisbane Heat's opener Chris Lynn was dismissed on the third delivery of the first over. In the next over, Rashid Khan bowled Mac Bryant (10).
Matt Renshaw and AB de Villiers, who was making his BBL debut, then took the field. The duo played brilliantly and formed a 77-run partnership before Liam O'Connor took the wicket of De Villiers (40) in the 13th over.
Joe Burns then came out to bat and took his side over the line along with Renshaw, who played an unbeaten knock of 52 runs.
After opting to bat first, Adelaide Strikers had a very poor start as James Pattinson picked two wickets in the second over, removing Phil Salt and Travis Head.
In his next over, Pattinson got hold of Jake Weatherald (6). The bowler continued the trend and again took a wicket in his next over as he got hold of Harry Nielsen.
Pattinson's bowling attack reduced Adelaide Strikers to 48/4 after the completion of six overs. Josh Lalor, who bowled the eighth over, caught and bowled Matt Short (11).
Adelaide Strikers failed to form a good partnership and kept losing their wickets. They even failed to play full overs as they were all out on 110 runs.
Rashid Khan scored the highest run from their side as he smashed 28 runs. (ANI)

Pochettino wants Tottenham to be solid for upcoming tough...