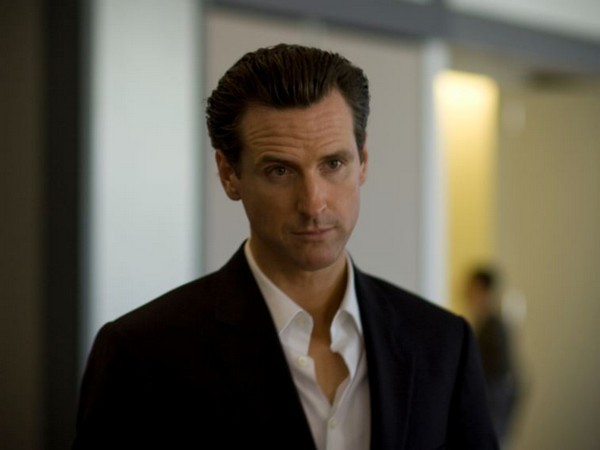 Sacramento (California) [USA], Oct 28 (ANI): California Governor Gavin Newsom on Sunday declared a state emergency in the wake of massive wildfires fueled by powerful winds in the region and urged the people to follow all warning by local officials even as rescue and firefighting operations are on.
"We are deploying every resource available, and are coordinating with numerous agencies as we continue to respond to these fires. It is critical that people in evacuation zones heed the warnings from officials and first responders, and have the local and state resources they need as we fight these fires," said Governor Newsom in a statement.
The Kincade fire in Sonoma County has burned more than 30,000 acres to date, and has led to the evacuation of almost 2,00,000 people and threatened hundreds of structures, according to a statement from the California Governor's office.
The Tick fire in Southern California has also destroyed structures, threatened homes and critical infrastructure, and caused the evacuation of tens of thousands of residents.
"As of today, there are over 3,000 local, state and federal personnel, including first responders, assisting with the Kincade fire alone," the statement from the Governor's office said.
"I have declared a statewide emergency. We're deploying every resource available as we continue to respond to these fires and unprecedented high-winds. If you live in an affected area, please stay safe, alert, and heed all warnings from local officials," Newsom tweeted.
Earlier this week, the Governor secured Fire Management Assistance Grants to help ensure the availability of resources to fight the Kincade and Tick fires and enable local, state and tribal agencies to recover eligible costs.
"The Governor has also met first responders, health officials, and residents of Napa, Geyserville, and Los Angeles this week, and held public briefings regarding the ongoing fire threats and the need to hold utilities accountable for the consequences of their decisions to shut off power for large portions of the state," the statement outlined.
The Governor has also announced a USD 75 million programme for state and local governments to mitigate impacts of power shutoffs and unveil a series of new partnerships and new tools to help secure medically vulnerable populations during these events, it added.
On Saturday, California's largest utility Pacific Gas and Electric Company (PG&E) said that it will shut off power to 9,40,000 customers in what it called a "public safety power shutoff" across 36 counties in the northern part of the state amid widespread wildfires in the region.
Evacuations have been underway in various regions across California since the beginning of the fire on Wednesday night. (ANI)

Pak was subversive, going against us: Trump on cancelled...