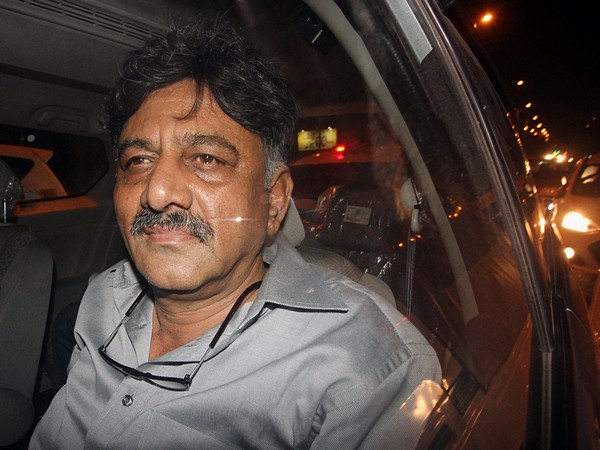 New Delhi [India], Oct 15 (ANI): A CBI court on Tuesday directed Tihar Jail authorities to provide a chair and television to Congress leader DK Shivakumar as per the jail manual.
The court also extended Shivakumar's judicial custody till October 25 in connection with a money laundering case being probed by the Enforcement Directorate (ED).
Shivakumar's counsel had alleged that unequal treatment was being meted out to him by jail authorities. The counsel informed the court that Shivakumar had not been given a chair due to which he was facing back problems.
Advocate Amit Mahajan appearing for the ED informed the CBI Court that DK Shivakumar's regular bail plea is pending before the Delhi High Court.
The Congress leader was arrested by the agency on September 3 and was in its custody for 14 days. He was later sent to judicial custody in Tihar jail on September 17.
The money laundering case was registered against him by the ED in September last year, based on a complaint filed by the Income Tax department, alleging tax evasion and hawala transactions running into crores. (ANI)

Deepotsav: More than 5.50 lakh earthen lamps to be lit on Diwali in Ayodhya

Health of poor improved up to 70 pc due to Ujjwala, Swachha...

Javier Bardem in talks to play King Triton in 'The Little...