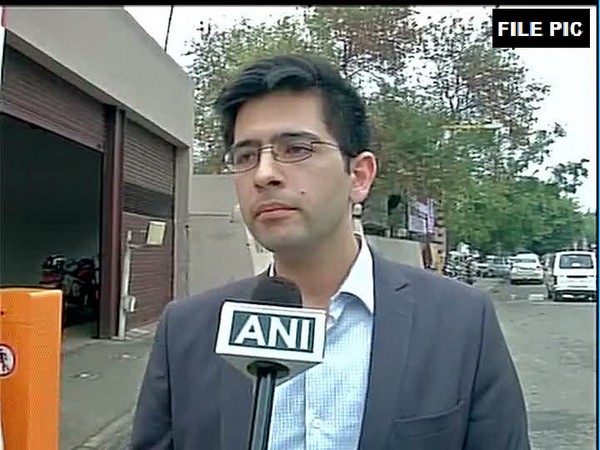 New Delhi [India], Oct 10 (ANI): Aam Aadmi Party (AAP) leader Raghav Chadha on Wednesday accused the Centre of misleading people by stating that Chief Minister Arvind Kejriwal was denied permission to attend the C-40 Climate Summit as it was a mayor-level conference.
Chadha's remarks came after Union Minister Prakash Javadekar stated that permission was denied to Arvind Kejriwal for attending the C-40 Climate Summit as it is a mayor-level conference.
Speaking to ANI, Chadha said, "Sheila Dixit had attended the same event in 2007 as the chief minister of Delhi. Prakash Javadekar is misleading people of Delhi, but they understand the politics happening on this issue. They will respond at the right time."
"Even Delhi's Education Minister Manish Sisodia was prevented from going to Education Summit and Delhi Health Minister Satyendar Jain to Health Summit earlier," he added.
The Aam Aadmi Party (AAP) had accused the BJP-led Centre of displaying hostility and not giving political clearance to Kejriwal and others for attending the four-day summit.
The Centre on Wednesday said that it has advised the Delhi Chief Minister not to attend the C-40 World Mayors' Summit in Denmark in view that the participation of the AAP supremo as a speaker at the event's panel discussion was not commensurate with the level of participation from other countries. (ANI)

Policeman killed, 4 others injured in bomb blast in southern Afghanistan

Things will never turn good between Miley Cyrus and Liam...

IIT Hyderabad to host conference on retrofitting of structures...

Congress gets 'stomach ache' due to 'Modi Modi' chants:...