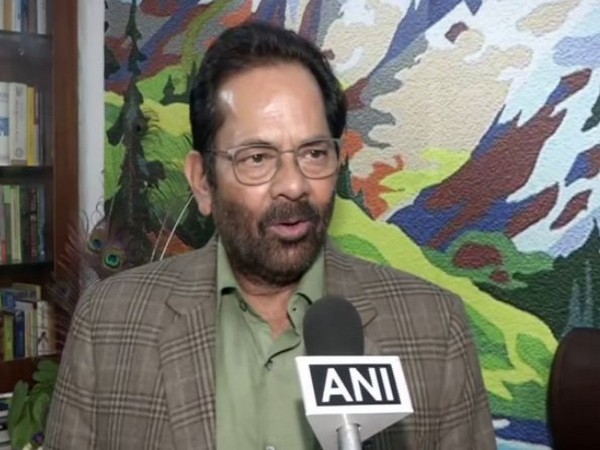 New Delhi [India], Feb 14 (ANI): After Congress leader Rahul Gandhi questioned the Centre over "security lapses" in Pulwama attack, Union Minister Mukhtar Abbas Naqvi on Friday called his party a "history-sheeter", who always politicises issues related to the nation and its security.
"Congress is a history-sheeter party who always politicised issues related to national and security issues. They are questioning India's surgical and Balakot strikes on Pakistan to wipe out terrorists," said Naqvi while speaking to ANI.
He alleged that "Congress speaks the language of Pakistan."
"There are so-called intellectuals who are trying to disturb the positive atmosphere of the country. The Modi-led government has instilled fear among anti-India forces and terrorists," he said.
Slamming the BJP-led central government on the first anniversary of Pulwama attack, Congress leader Rahul Gandhi on Friday questioned who has been held accountable for the "security lapses" and also asked about the outcome of the inquiry into the attack.

"Today as we remember our 40 CRPF martyrs in the Pulwama attack, let us ask: 1. Who benefitted the most from the attack? 2. What is the outcome of the inquiry into the attack? 3. Who in the BJP Govt has yet been held accountable for the security lapses that allowed the attack?" tweeted Rahul Gandhi. (ANI)