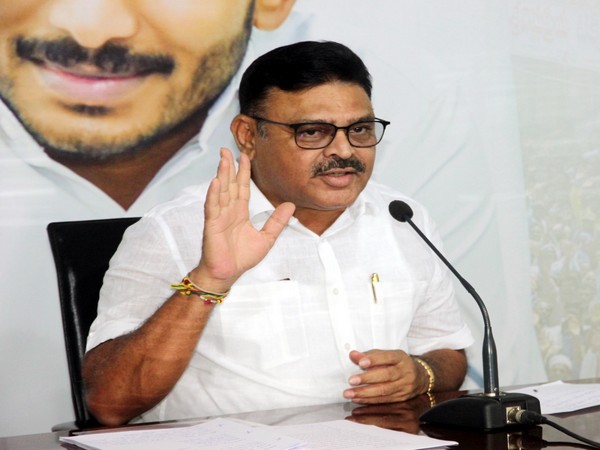 Amaravati (Andhra Pradesh) [India], Jan 25 (ANI): YSR Congress Party's (YSRCP) senior leader and MLA Ambati Rambabu on Saturday said that Andhra Pradesh government's decision on the abolition of the legislative council will be made after discussion in the state Assembly.
"It is for sure that the Andhra Pradesh government is thinking of abolishing the legislative council, as the council chairman decided to send the government bills to select committee against the rules. We will get to know whether the council will be abolished or not on Monday after discussion in the state Assembly," Rambabu said.
"Former Andhra Pradesh Chief Minister and TDP chief N Chandrababu Naidu influenced the council chairman to take a decision against the rules. Council chairman Sharif himself felt very bad about what he did and that was reflected in his speech."
Countering Naidu's allegations that the YSRCP government hired Mukul Rohatgi with Rs 5 crores to defend the government in three capital case, the YSRCP leader said: "Naidu's government had spent Rs 845 crores for consultants only for the design of Amaravati. Was that not misuse of public money?"
Terming Naidu a manipulator, Rambabu, while denying his allegations of poaching MLCs and MLAs by YSRCP, said: "We don't need to poach anybody. It is Naidu who had poached 23 MLAs and killed the democracy. YSRCP has its own ethics and if anybody wants to join the party, he must resign from all his positions and join YSRCP with a clean slate."(ANI)

Fire breaks out at wood warehouse in Delhi's Aya Nagar