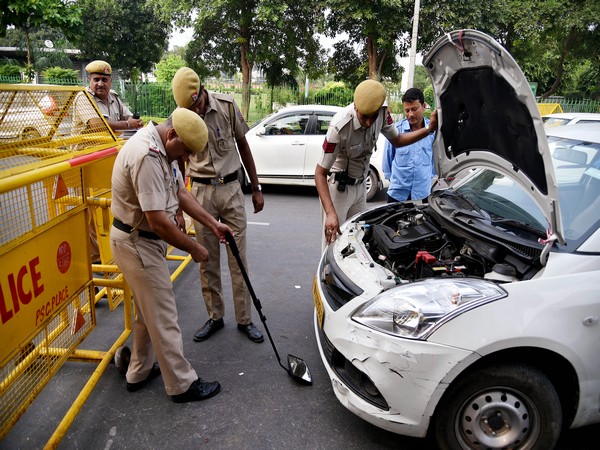 New Delhi [India], Dec 3 (ANI): The infamous Thak-Thak gang on Monday robed purse from a woman who was traveling through Vikas Marg on Monday, the police said.
The victim, who had gone for some official work to Noida, was heading to Rohini when the incident occurred. She was traveling in her Mercedes car, along with her driver.
On her way, the gang members first distracted the woman by informing that petrol is leaking from her car.
As soon as women stepped out of the car to check the alleged malfunction, the criminals took away her bag containing expensive sunglasses, identity card and ATM.
"Two men on a motorcycle told me that petrol is leaking from car. After I stepped down from the car to check the same, they fled away with my purse," the victim said.
She said that police rushed to the spot immediately after she dialed '100' and complained of the incident.
A case has been registered in this regard and further investigation is underway. (ANI)

Naxals getting organised funding to spread terror in the...

People hurled chairs at each other during Qawwali event...

There is super emergency in Bengal under Mamata Banerjee:...

UP legislature to convene for special session on Constitution...

Want to win games for my country: KL Rahul after scoring...

Delhi: One member of Pasonda-based gang arrested for armed...