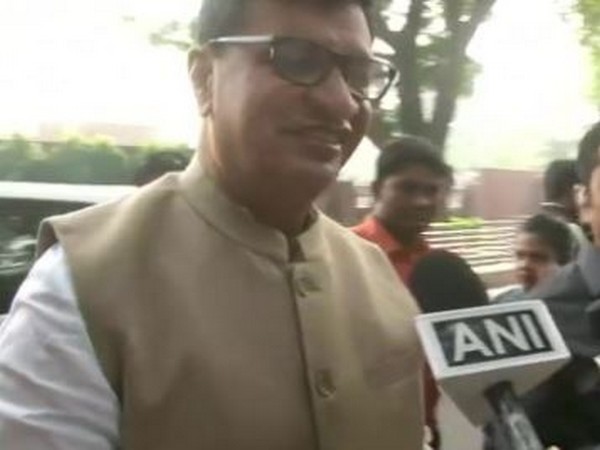 New Delhi [India], Nov 21 (ANI): Maharashtra Congress chief Balasaheb Thorat on Thursday said that they need clarity of several points before forming an alliance with Shiv Sena to form government in the state.
"There are many points on which we need clarification if we have to run a government together for five years. Discussions with NCP and Shiv Sena are progressing," Thorat said while speaking to ANI after Congress Working Committee meeting here at party interim president Sonia Gandhi's residence.
He further said that Congress leaders will go to Mumbai today.
Meanwhile, Congress leader KC Venugopal has said that the NCP and Congress will probably come up with the decision in Mumbai by tomorrow.
On Wednesday, Congress leaders including Ahmed Patel, Jairam Ramesh and Mallikarjun Kharge had briefed party interim president Sonia Gandhi about their meeting with NCP chief Sharad Pawar. After briefing Gandhi, the three Congress leaders again returned to Pawar's residence.
Sources said that during the course of Wednesday's meetings, the Congress and NCP leaders also held talks with Shiv Sena leadership over the phone and got a positive response.
They also added that as part of the coalition government, a sharing formula of 2.5 years each between the Shiv Sena and NCP for the chief minister seat has been approved while Congress will be given the deputy Chief Minister's seat.
Maharashtra came under President's Rule after all the parties failed to form a government in the state. The BJP, which emerged as the single largest party, could not stake claim to form a government as its ally Shiv Sena remained firm on rotating the Chief Minister's post and equal sharing of Cabinet berths.
Shiv Sena parted its ways with BJP only to explore ways to form a government. It, however, failed to prove the support of the required number of MLAs in the time given by Governor BS Koshyari.
The Governor had then invited NCP, the third-largest party, to prove its ability to form the government failing which President's Rule was imposed in the state.
The Shiv Sena is now holding talks with the Congress and NCP to form a government in the state.
The BJP won 105 seats in the 288-member assembly followed by Shiv Sena 56, NCP 54 and Congress 44. (ANI)

Discussed, deliberated on steps to be taken ahead: Kharge after CWC meeting on Maha...

Gifts to PM Modi to be auctioned online, proceeds to go...

Delhi: PM Modi announces ex-gratia for families of those...

Larry King's family 'ecstatic' after he filed for divorce

UP: 5 killed in trucks collision in Bijnor

Building Ram temple will be triumph for 130 crore Indians:...

By Aiman KhanNew Delhi [India], Oct 14 : As the final countdown begins in the Ram...

MP: Ahead of Dusshera, Ravana effigy burnt to ashes after...