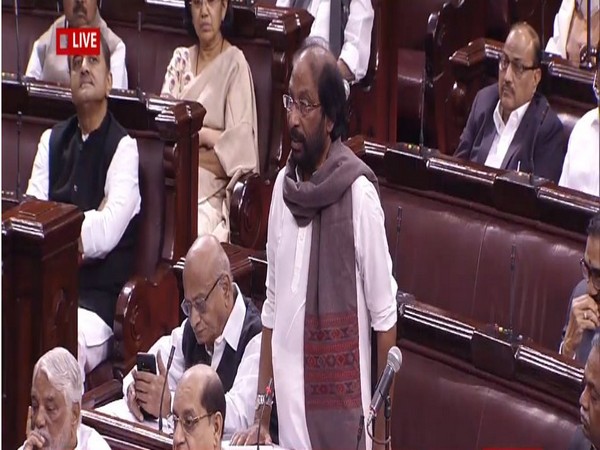 New Delhi [India], Oct 18 (ANI): Paying tributes to Arun Jaitley on the first day of the winter session of the Parliament, Dravida Munnetra Kazhagam Rajya Sabha lawmaker Tiruchi Siva on Monday recalled the BJP stalwart as 'an ocean of knowledge, a master of vocabulary and a person of integrity'.
"Arun Jaitely was an ocean of knowledge, a master of vocabulary, a person of integrity. His performance in both the Houses is still remembered," Siva said in the Rajya Sabha.
Hailing Jaitley for understanding the woes of poor women, he said: "Jaitley was so magnanimous in waiving off Goods and Services Tax (GST) on sanitary napkins."
The former finance minister passed away at All India Institute of Medical Sciences (AIIMS) in August. He was 66.
Jaitley first became a Cabinet minister in the government of former Prime Minister Atal Bihari Vajpayee in 2000. He then also went on to serve as the Leader of the Opposition in the Rajya Sabha from June 2009.
He was appointed the finance minister in the first term of Modi government in 2014. He opted out of the 2019 Lok Sabha elections citing health reasons. (ANI)

What factors motivate a child to seek higher education?

Initial trends not in our favor: BJP's Manoj Tiwari