Eden Hazard '100 per cent' fit, to feature against Celta Vigo 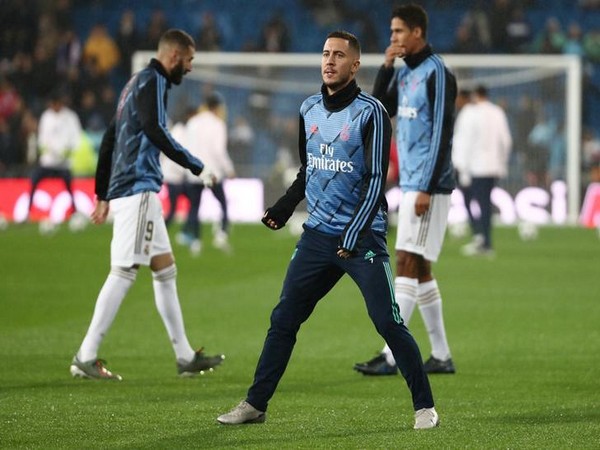 Leeds [UK], Feb 15 (ANI): Real Madrid manager Zinedine Zidane has confirmed that Eden Hazard, who has been on the sidelines for a long time due to injury, will feature in the match against Celta Vigo.
"We all know how important Hazard is and that's why we signed him. He's a great player. We're very happy he's back with the group. He hasn't played for three months and it's not easy. It will also depend on the game and the rhythm but physically he's absolutely fit and available to be with us," Goal.com quoted Zidane as saying.
"We know how much he can help us. It was tough not having him for almost three months due to injury. He's also very happy to be back. It's true we have to take it easy, we should give him time, and that's what we did to make sure he's 100 per cent fit when he is back. He is ready to play tomorrow," he added.
Hazard, who has made 13 appearances for Real Madrid since arriving from Chelsea, has been out of action since November when he fractured his ankle in a 2-2 Champions League draw against Paris Saint-Germain (PSG).
Real Madrid top the La Liga points table with 52 points, two points ahead of the second-placed club Barcelona. The club will take on Celta Vigo on February 17. (ANI)

Company proposes to pay amount so assessed in next few days: Vodafone Idea on AGR...

Monty Panesar says he was in denial about his mental health