Factors like drought, high concentration of salt in soil lead to stress in plants: Study 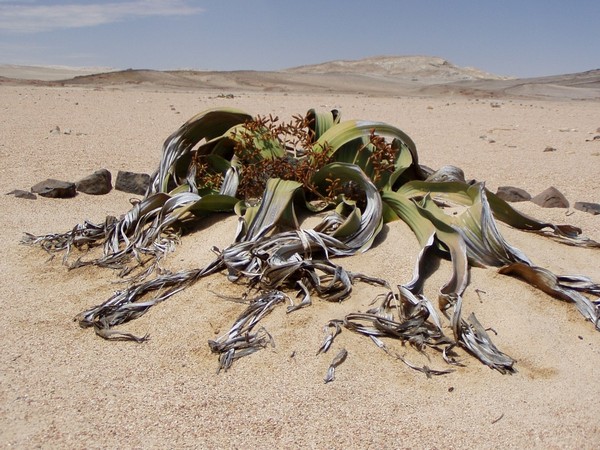 Washington D.C [USA], Nov 21 (ANI): A recent study discovered that plants also get stressed with factors such as drought or a high concentration of salt in the soil.
An international research team led by the Hebrew University of Jerusalem with the participation of the University of Gottingen investigated how evolutionary changes in receptor proteins led to their ability to sense the plant hormone abscisic acid (ABA).
This enabled them to develop sensing mechanisms that aided their colonisation of dry land and their response to stress conditions. The results were published in the journal -- Proceedings of the National Academy of Sciences (PNAS).
The signalling cascade of stress in "land plants," that is all plants that grow on land from moss to trees but not algae, is based on the detection of the messenger substance abscisic acid, which is a plant hormone.
According to scientific understanding, this hormone's action has long been regarded as a key characteristic of land plants. Scientists suspected that this hormone, which regulates stress responses, helped plants early on in their evolution to cope with the stress they were exposed to during the "conquest" of the land.
"We were able to show that the closest living algae relatives of land plants, the zygnematophyceaen green algae (to some unflatteringly known as 'pond scum'), have a complete set of genes that strongly resembles the genetic framework that land plants use for the detection of abscisic acid," said Co-author Professor Jan de Vries from the Institute of Microbiology and Genetics at the University of Gottingen.
"In particular, we found that the first step in the signalling cascade was present: a possible receptor for the hormone," added Vries.
In the current study, an international team consisting of researchers from four different countries and led by the Hebrew University of Jerusalem, investigated whether and how this receptor gene integrates into the signalling cascade.
"Using molecular biological methods, we found out that it integrates into the signalling cascade and is able to regulate it," said de Vries. "However, it does this independently of the hormone abscisic acid."
In land plants, the signalling cascade hinges on the action of the stress hormone. However, algae do not use the hormone as a trigger for the signalling cascade -- so the cascade has an origin independent from this function as hormone-dependent signalling framework.
Interestingly, this original mechanism still functions in land plants -- in addition to the well-known hormone-dependent mechanism that every biology student learns. (ANI)

Mothers walk the ramp for a fashion show in Aligarh

This personality trait can tell a lot about your work out...