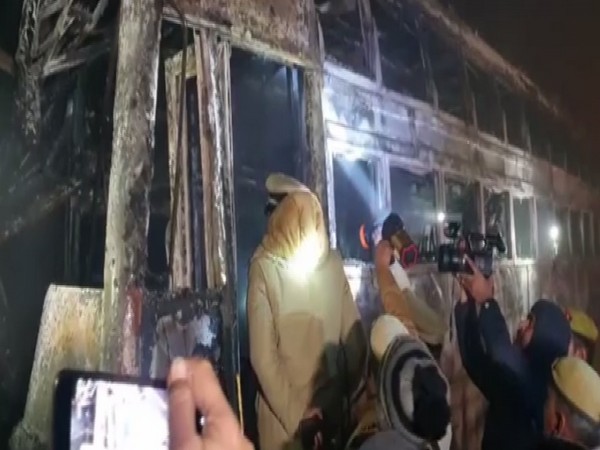 Kannauj (Uttar Pradesh) [India], Jan 14 (ANI): A fresh case has been registered in Kannuaj bus fire accident which claimed 20 lives.
The case has been filed against bus owner, transport agency manager and their unknown associates.
The case under 10 serious sections was filed on the direction of ARTO Kannauj Sanjay Kumar Jha.
The Kannauj SP said that accused will be arrested soon. Earlier, a passenger lodged an FIR against the bus driver for 'rash driving and negligence'.
UP Chief Minister had announced Rs 2 lakh each compensation for the deceased and Rs 50,000 each for those grievously injured in the incident.
The accident took place after a sleeper bus carrying at least 45 passengers collided with a truck at Dewar Marg in Kannauj district here late on Friday and went up in flames. (ANI)

Over 380 people injured in Bolivian protests since late...

Washington [USA], November 20 (ANI): Microsoft is planning to integrate some of...

CAA is not against Muslim community: G Kishan Reddy

David Warner, Steve take as much heat as they can, says...