Ganguly to consider proposal of playing national anthem before start of every IPL match: Ness Wadia 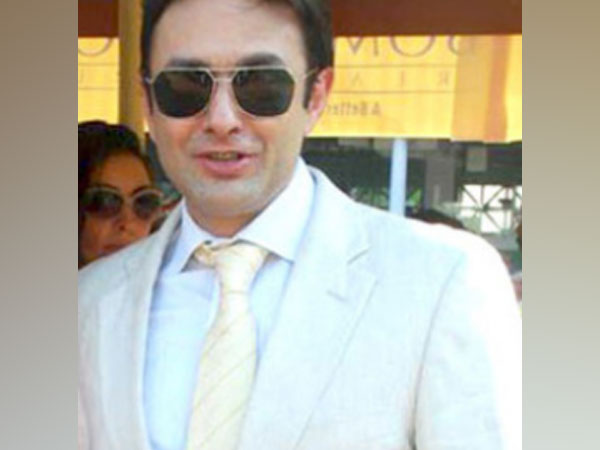 New Delhi [India], Nov 8 (ANI): Kings XI Punjab co-owner Ness Wadia on Friday revealed that president of Board of Control for Cricket in India (BCCI) would consider his proposal of playing the national anthem before the start of every Indian Premier League (IPL) match next season.
"When I spoke to BCCI president Sourav Ganguly regarding my proposal about playing the national anthem, he said please send it to me we will consider it. What's the harm in playing national anthem in IPL? All major events do that, there is no reason why IPL cannot," Wadia told ANI.
Earlier in the day, Wadia had revealed that he had written to BCCI president, proposing to play the Indian national anthem before the start of every match.
"I have been proposing it for a while. I have spoken to the CEO and other officials about it. And now again, I approached BCCI to think about it. This time I have written to president Sourav Ganguly," Wadia had told ANI.
The national anthem is played in the Indian Super League (football) and the Pro-Kabaddi League.
This week, an informed source within the BCCI had revealed that the governing council is looking to appoint a special umpire to handle front-foot no-balls.
"We are looking to have a special umpire in place for monitoring no balls so that they can be detected early and not just after the replays and awkward situations can be avoided," a BCCI source had told ANI.
The source also confirmed that the idea of 'Power Player' will not be implemented in the next edition of the tournament. Power Player would have allowed each team to make one substitute per game.
"Power Player rule cannot be implemented as time is too short for its implementation and planning and we don't want to take chances," the source said.
Next year's IPL could also see a longer tournament. Traditionally, the IPL lasts 45 days. During the weekends, two matches are played in a single day with one game starting at 4 pm with the other starting at 8 pm.
"We are looking to play more matches in the evenings and reduce the number of games played during the day. This may even lead to the IPL being played over a larger duration than usual," the source said.
"We are looking to explore options so that the IPL teams can play against teams outside of IPL so that they are utilised even during the non-IPL period. We will try and take some more important decisions in the coming time for the betterment of the game and the tournament," the source added. (ANI)