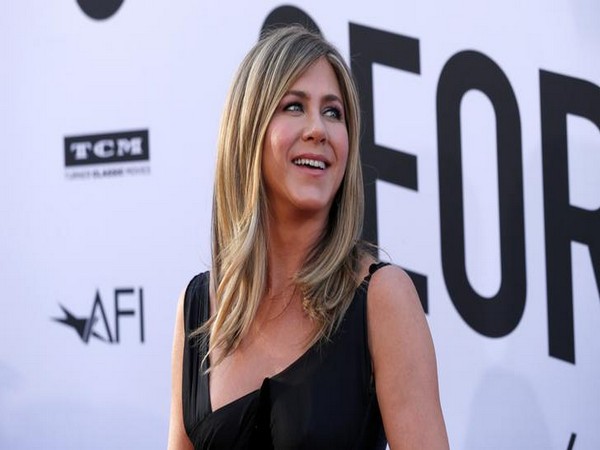 New York [USA], Dec 3 (ANI): We all know the close relationship shared between Jennifer Aniston and her 'Friends' co-star Courteney Cox since the days of shooting for the hit comedy series.
Cox's 15-year-old daughter Coco, has been Aniston's 'grandmother' and her reply to the teenager will surely melt your heart.
Recently, Aniston wrote a heart-touching comment for Coco, after her mother posted a picture of the pair on her Instagram handle on the occasion of Thanksgiving Day.
"Coco! You're growing up way to fast. Or am I protecting? I love you deep," the 'Morning Show' actress wrote along with a series of red heart emojis. The remarks earned praise and were adorned by fans who said that being protective was a good thing, Hello Magazine reported.
"Yes, protect her auntie Jen," a user wrote while another commented: "Jen you are the sweetest I can't handle this, omg."
Another fan echoing similar sentiments said: "Protecting is a good thing."
The 50-year-old actress has previously opened up about looking after Cox's children when they were young, including Coco. She said that she makes sure the kids have quality time and have a lot of fun.
"I let them play with my clothes and my jewellery," Aniston had told E! News.
Cox was one of the several people who had coaxed Aniston to join Instagram. The latter finally opened an account in October much to her friend's delight.
Having a strong following of around 21 million people, the 'Murder Mystery' star regularly takes to the photo-sharing app to share throwback pictures from her days in Friends, glimpses into her life in Los Angeles and behind-the-scenes snaps from photoshoots. (ANI)

Afghanistan lead by 19-run after bundling Windies on 277

Youth should be motivated to serve the society: Andhra...

Jubbarhatti (Himachal Pradesh) [India], Nov 28 (ANI): The locals of a village near...

By Shailesh YadavNew Delhi [India], Sept 21 (ANI): The Central Board of Direct Taxes...

Indian Navy rushes to give medical attention to injured...