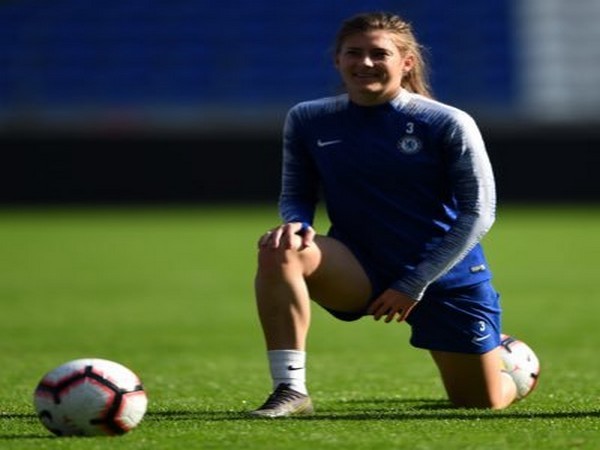 London [UK], Feb 13 (ANI): Chelsea's Hannah Blundell on Thursday signed a two-year extension to her contract, which will allow her to be at the club until 2022.
Blundell, who made her debut in 2013, recently reached the milestone of 150 appearances for the Blues.
Chelsea Women manager Emma Hayes said she is delighted that Blundell has committed another couple of years to their team.
"I'm delighted Hannah has committed another couple of years to our team. She's Chelsea through and through, she had a tough time with injuries the first part of the season but it's certainly great for the team that she's back," the club's official website quoted Hayes as saying.
"Hannah's best years are yet to come and with this commitment from her, it just shows that she sees her best years and future with us which is a real testament to her team-mates and the staff," she added.
Blundell also expressed happiness over contract extension as she said: "I'm really excited to sign a new two-year deal with the club. I've been here a really long time so the fact that Emma [Hayes] and Paul [Green] still want me here is a great feeling and I'm proud that we've now got it all signed." (ANI)