'He is exceeding his brief': Hironmoy Chatterjee hits back at Rohan Bopanna 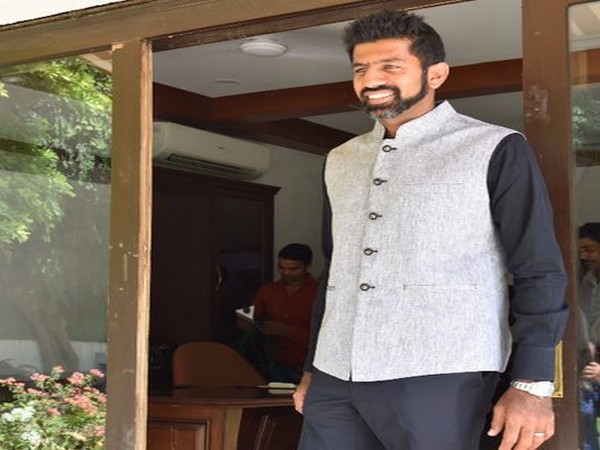 New Delhi [India], Nov 6 (ANI): All India Tennis Association (AITA) Secretary-General Hironmoy Chatterjee on Wednesday hit back at Rohan Bopanna saying that he was 'exceeding his brief'.
"As far as we are concerned, he is exceeding his brief. They have no say in administrative matters. Who is going to be selected and when they are going to be selected, it is the federation's and committee's decision," Chatterjee told ANI.
Bopanna had criticised AITA for changing the non-playing captain for the Davis Cup tie against Pakistan. Rohit Rajpal has replaced Mahesh Bhupathi as India's non-playing captain.
In a Twitter post, Bopanna had written that he was shocked at the decision.
"It surprises me that AITA changed the Davis Cup captain before ITF announced the final decision yesterday (04.11.19) and where the tie would be held. What shocks me more is that none of the players were asked or even informed that the captain was going to be changed," the post read.
"One needs to realise that when players represent their country, there is much more to them than just the skills they bring on court. The camaraderie amongst players and between the players and their captain is where we derive a lot of support from," he wrote.
Chatterjee said that such interference from players would not be accepted.
"They should not interfere in administrative matters, we do not accept that. We do not advise them how to play and how to go about it. We do not interfere there. How come they are trying to advise us? Why should we talk to them before selection? We have different responsibilities," he said.
The reason for replacing Bhupathi, Chatterjee said was that he was unwilling to go to Pakistan. Though a neutral venue will be decided for the tie now, AITA could not wait 'indefinitely' and hence, a non-playing captain was selected.
The Davis Cup tie against Pakistan is scheduled to be played on November 29 and 30. (ANI)

Get a home loan at affordable interest rate starting at 8.55 per cent from Bajaj...

Parliament session to be extended till August 7

Feroz Shah Kotla stadium to be renamed after Arun Jaitley,...

Over Rs 50 cr seized in cash, kind for violation of Model...

Kabul [Afghanistan], Sept 6 (ANI): As many as four civilians lost their lives and...