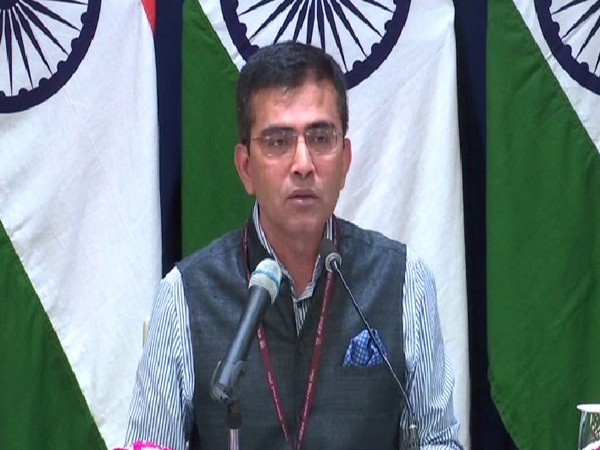 New Delhi [India] July 18 (ANI): India is closely following the recent developments pertaining to the ongoing peace and reconciliation efforts in Afghanistan and has been in constant touch will all major stakeholders in the matter, the MEA said on Thursday.
"As a close neighbour and an important stakeholder in Afghanistan, we are closely following the developments related to the peace and reconciliation efforts in Afghanistan. The US briefs on the talk from time to time," said Raveesh Kumar, the Ministry of External Affairs (MEA).
"We are also in regular consultations with other active players like Afghanistan, Russia, Iran, Saudi Arabia, and China on the issue," Kumar added.
In addition, the Ministry will hold talks with Markus Potzel, Germany's special representative for Afghanistan on Wednesday on the matter.
Kumar added that India supports an Afghan-led, Afghan-owned, and Afghan-controlled national peace and reconciliation process in the war-torn country.
India has maintained that the initiatives taken under the Afghan peace process must include all sections of Afghan society, including the legitimately elected government.
Additionally, the process itself should respect the constitutional legacy and political mandate, and should not lead to any ungoverned spaces where terrorists or their proxies could relocate. (ANI)

Looking forward to meeting you: Modi replies to Trump as...

Two held with over 500 gms cannabis in Kullu

Pak economy in terrible shape, it sees its existence in...

Scrapping of Art 370 a historic decision, shouldn't be...