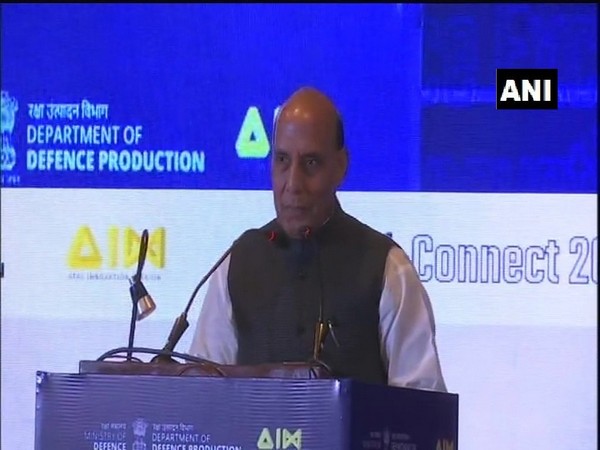 New Delhi [India], Nov 11 (ANI): While Prime Minister Narendra Modi has set the target of five trillion dollar economy by 2024, Defence Minister Rajnath Singh said that with the talent India possesses, in 10-15 years we will become 10 trillion dollar economy.
"Prime Minister Modi has set 5 trillion dollar economy target by 2024 but I feel that with the talent we have, in 10-15 years we will make it a 10 trillion dollar economy," Singh said at the 'Def-Connect' event here.
Last month, Singh had called for increased and active participation of the private sector in defence manufacturing to achieve the government's target of making the Indian defence industry worth $26 billion by 2025.
"Defence sector will play a pivotal role in government's aim of inclusive growth and making India a $5 trillion economy. Our aim is to make a world-class domestic defence industry that is self-reliant and less dependent on imports," he said while addressing the captains of industry at the 22nd India International Security Expo, 2019 (Defence & Homeland Security). (ANI)

Copper beds save more life than the conventional ones in hospital: Study

This shop in Ahmedabad sells Rakhis with social messages

Digvijaya suggests an alternative to EVM