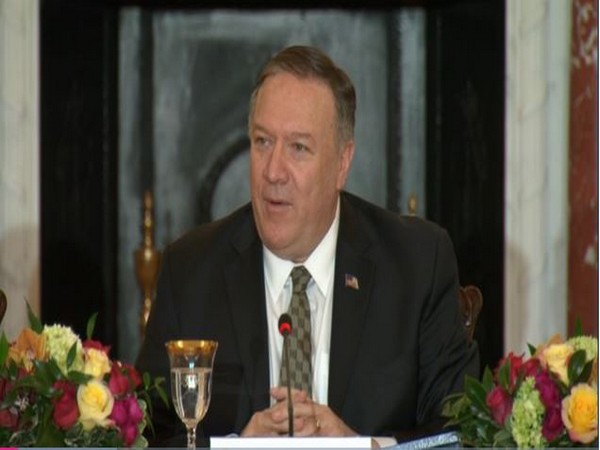 Washington D.C [US], Feb 12 (ANI): US Secretary of State, Mike Pompeo on Tuesday (local time) criticised Iran over its recent failed satellite launch saying that Tehran uses these launch to "further advance its ballistic missile capabilities that allow it to threaten its adversaries and threaten regional stability."
"The Iranian regime uses satellite launches to develop its ballistic missile capabilities. The technologies used to launch satellites into orbit are virtually identical and interchangeable with those used in longer-range systems, including intercontinental ballistic missiles," Pompeo said in a statement.
"Each launch, whether failed or not, further allows Iran to gain experience using such technologies that could benefit its missile programs under the guise of a peaceful space program," the US Secretary of State said.
Iran on Sunday failed to successfully put an indigenous research satellite named "Zafar" into the orbit as it could not attain the necessary speed.
Pompeo claimed that Iran's series of space launches reflects the failure of the Iran deal to constrain testing that could support further advancement of Iran's ballistic missile program.
"The Iran deal lifted the prohibition on Iran's missile testing and development of systems capable of delivering nuclear weapons and we are seeing the dangerous consequences today. The world's leading state sponsor of terrorism should not be allowed to develop and test ballistic missiles. This common-sense standard must be restored by the international community," said Pompeo.
The top US diplomat said his country will continue to build support around the world to confront the Iranian regime's "reckless ballistic missile activity and will continue to impose enormous pressure on the regime to change its behavior." (ANI)

Pak should look into its areas first before raising hue...

'No problem in resolving border issues with India'