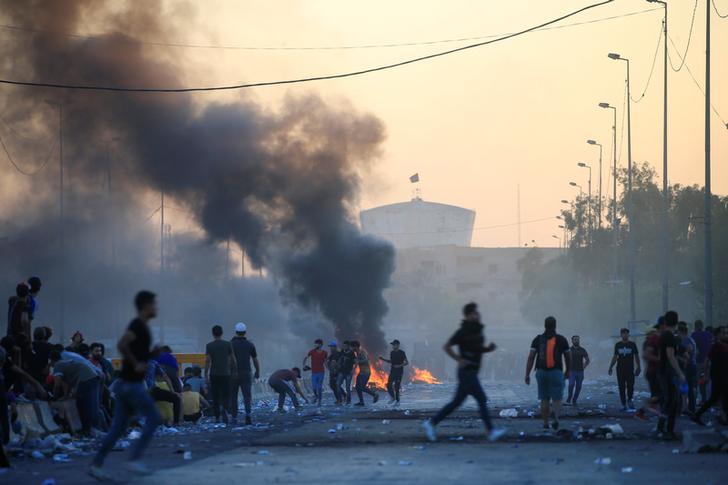 Baghdad [Iraq], Oct 5 (ANI): The death toll from three-days of mass anti-government protests in Iraq has risen to 60, with an estimated 2,500 others wounded, country's Health Ministry said on Friday.
Clashes broke out between police and demonstrators wherein dozens were injured in gunfire and stone-pelting incidents from the two sides. Hundreds of demonstrators stormed the provincial council's building Shia-dominated Al-Diwaniyah in southern Iraq on Friday following clashes, Anadolu Agency reported.
The protests, which marked the largest to date against Mahdi's fragile government, were organised to decry a host of problems that plague the daily life of many Iraqis, among them corruption, a lack of services and unemployment.
Protests have been reported in the cities of Nasiriyah, Diwaniyah, and Basra. Many of the protesters in Baghdad held photographs of one of the country's most famous war heroes, Lt Gen Abdulwahab al-Saadi, a former head of Iraq's counterterrorism force who led the fight to defeat the Islamic State.
Earlier in the day, Iraq's prominent Shiite cleric Moqtada al-Sadr called on the government to resign in the face of the ongoing protests and urged legislators to suspend their parliamentary membership and boycott sessions until the government responds to the protesters' demands. (ANI)

Kate Middleton, Prince William's Pakistan trip will be their 'most complex tour'

'Hunger Games' prequel novel gets title and cover, is a movie next?

May attack Iraq's military bases used by US forces, warns...

Moon to meet Trump in New York later this month for fresh...