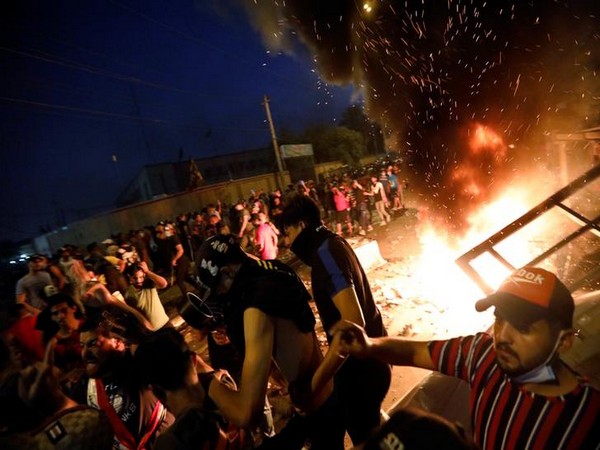 Baghdad [Iraq], Oct 5 (ANI): Iraq's prominent Shiite cleric Moqtada al-Sadr on Friday called on the government to resign amid the ongoing mass anti-government protests that have claimed the lives of dozens of people.
"I demand that the Iraqi government fully resign and start early elections under the supervision of the United Nations," Xinhua news agency quoted al-Sadr as saying. "What is happening now is a disregard for Iraqi blood that cannot be tolerated."
Earlier in the day, Al-Sadr had urged legislators to suspend their parliamentary membership and boycott sessions until the government responds to the protesters' demands.
The protests, which marked the largest to date against Mahdi's fragile government, were organised to decry a host of problems that plague the daily life of many Iraqis, among them corruption, a lack of services and unemployment.
Protests were reported in the cities of Nasiriyah, Diwaniyah, and Basra. Many of the protesters in Baghdad held photographs of one of the country's most famous war heroes, Lt Gen Abdulwahab al-Saadi, a former head of Iraq's counterterrorism force who led the fight to defeat the Islamic State.

Saadi's removal from his post last week followed weeks of speculation that militia groups loyal to neighbouring Iran had pushed for his departure.
The United Nations has called for restraint after violent anti-government protests gripped the Iraqi capital and other provinces of the Middle East country. (ANI)