Jada and Tupac's friendship made Will Smith jealous 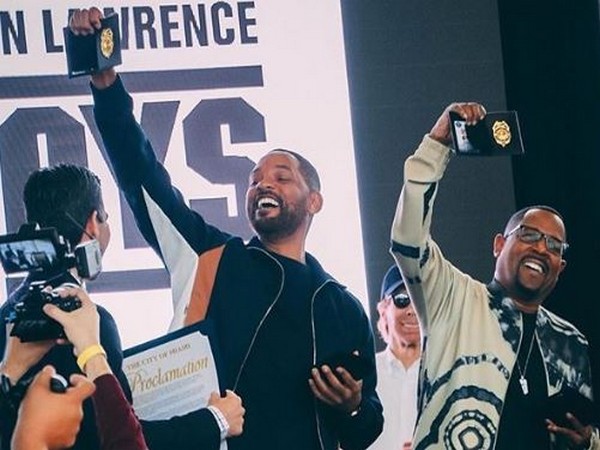 Washington D.C. [USA], Jan 14 (ANI): Will Smith recently talked about the resentment that he had towards his wife Jada Pinkett Smith's friendship with the late rapper Tupac Shakur.
Smith made this admission while he was on "The Breakfast Club" radio talk show along with his "Bad Boys for Life" co-star Martin Lawrence, reported Page Six.
When the host Charlamagne asked Smith if he was ever envious of the closeness between his wife and Tupac, the 51-year-old star replied with a yes.
He said: "That was in the early days. That was a big regret for me, too, because I could never open up to interact with Pac."
Jada and Tupac came across each other while they were students at The Baltimore School for the Arts.
They shared a platonic friendship, but Smith was concerned that though "they never had a sexual relationship, but now they had come into that age where that was a possibility, and Jada was with me."
Smith further added that his wife had immense respect for the rapper and that's what got onto his nerves.
"She just loved him. He was the image of perfection, but she was with the 'Fresh Prince,' so it was, like, we were in the room together a couple of times, I couldn't speak to him. He wasn't going to speak to me if I wasn't going to speak to him."
Smith still regrets that he couldn't manage to get along with Tupac in spite of Jada's efforts to get the two men closer. (ANI)

Leonardo DiCaprio jokes about his favourite dish with cast...

Veteran music composer Khayyam in ICU, said to be critical

INX Media case: Chidambaram's petition not listed due to...

Over 64 per cent voting in second phase of Jharkhand polls

Fulfilling our responsibilities should be our resolve on...