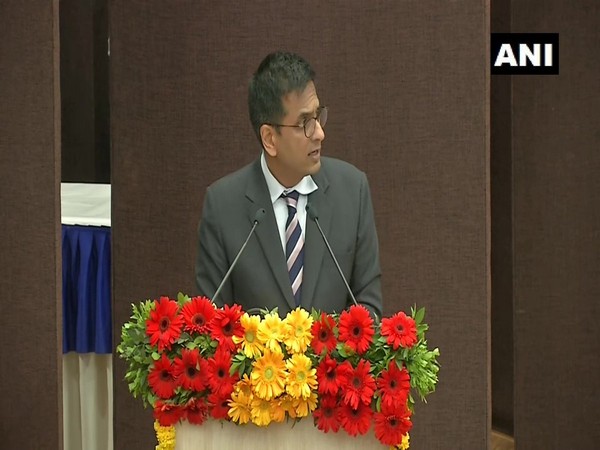 Ahmedabad (Gujarat) [India], February 15 (ANI): Supreme Court judge Justice DY Chandrachud on Saturday said that labeling "dissent as anti-national or anti-democratic" hurts the constitutional values.
"The blanket labeling of dissent as anti-national or anti-democratic strikes at the heart of our commitment to the protection of constitutional values and the promotion of deliberative democracy," Chandrachud said at a lecture in Ahmedabad on Saturday.
"Liberal democracies ensure that citizens enjoy the right to express their views in every conceivable manner including the right to protest and express dissent against prevailing laws," he added.
The Supreme Court judge also spoke about ensuring minority opinions and of consensus.
"A democracy, built to the ideal of reason and deliberation, ensures that minority opinions are not strangulated and ensures that every outcome is not a result merely of numbers but of a shared consensus," Chandrachud said.
"A State, committed to the rule of law, ensures that State apparatus is not employed to curb legitimate and peaceful protests but to create spaces conducive to deliberations," he said.
His comments have come at a time when the passage of the Citizenship Amendment Act (CAA) and the proposed National Register of Citizens (NRC) has seen massive protests in many parts of the country. (ANI)

Rs 25 lakh crore will be spent for rural infrastructure...