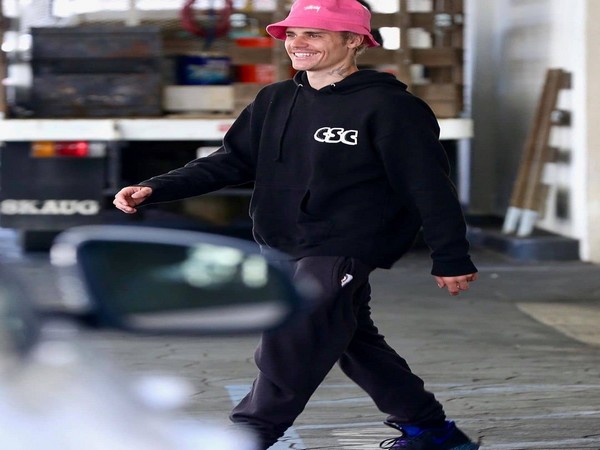 Washington D.C. [USA], Jan 11 (ANI): The 'Yummy' performer Justin Bieber is all set to perform at the 2020 iHeartRadio Music Awards.
According to E! News, the singer is the first announced performer for the annual show, which airs live from Los Angeles on Sunday, March 29.
Justin is nominated in five categories at the iHeartRadio Music Awards.
Best Collaboration and Best Music Video for his and Ed Sheeran's smash hit 'I Don't Care', best lyrics for '10,000 Hours' with Dan & Shay, best fan following and lastly for the best remix for 'Bad Guy' by Billie Eilish featured the five categories.
Surely, it will be a magical 2020 for the 25-year-old whose fifth album will be released sometime this year.
In addition, he announced a stadium tour extending between May and September, with a YouTube documentary series later this month.
The documentary explores Bieber's challenges, including his struggles away from the spotlight, to his ongoing battle against Lyme disease, as per E! News.
Justin was lately vocal about the diagnosis with a message directed to those accusing him of being on meth and looking miserable. (ANI)

ED issues notice to Cong leader in connection with money-laundering...