KPCC writes to EC against bribing, booth capturing by BJP in K'taka by-polls 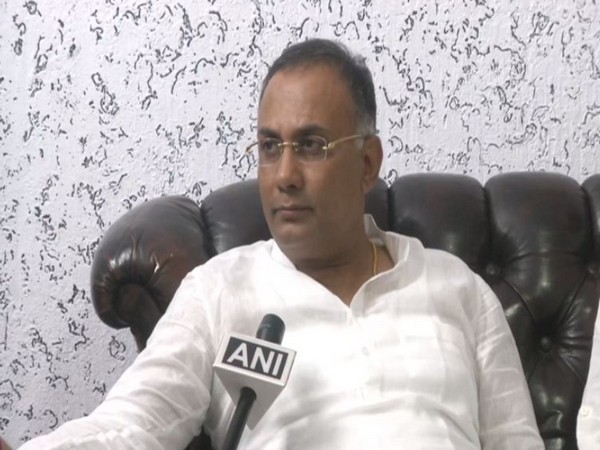 Bengaluru (Karnataka) [India], Dec 2 (ANI): The Karnataka Pradesh Congress Committee (KPCC) on Monday wrote to Election Commission (EC) against the ruling BJP government alleging that the party has plans to capture polling booths in the upcoming by-elections in the state on December 5.
It accused the state government of misusing the state machinery for undue gains in upcoming polls.
"It has come to our knowledge that the 'Home Department' has been grossly misused by BJP. We have been informed that Deputy Superintendent of Police, Hunsur has been instructed by BJP Candidate from Hunsur H. Vishwanath and senior leaders of BJP that the inspectors have to co-operate and help the BJP to transport and distribute the "money" to every booth in police vehicles and jeeps," KPCC said in the letter.
"It has come to the notice from the sources that K.R. Pura Assembly constituency BJP candidate Bairathi Basavaraj, BJP leaders and workers have planned ''large scale booth capturing" with a view to rig the entire polling in the following booths," read another letter by KPCC led by Dinesh Gundu Rao.
The party-state unit requested for deployment of paramilitary forces in the constituency and to declare the polling booths as "sensitive" in the exercise of supervisory power under Act 324 of the Constitution, and to prevent "booth capturing and rigging" in order to conduct free and fair elections.
The Congress also claimed that BJP candidate N. Nagaraj (MTB) has been distributing money and gold ornaments to the voters of the Hosakote Assembly constituency at Maranagere, Siddanapura and Gangalur villages on December 1 with an intention to induce them for the furtherance of his prospects in the election.
"A copy of the video clipping is enclosed for your perusal," the letter said.
Moreover, the KPCC requested the EC to initiate appropriate legal action against Nagaraj by registering a criminal case and demanded immediate action against the BJP for flouting rules.
The elections for 15 out of 17 seats are slated to be held on December 5. The EC had withheld the elections for two seats -- Maski and Rajarajeshwari -- as the petitions against these Assembly constituencies are pending in the Karnataka High Court. (ANI)

Delhi and Central govt should work together to ensure women's safety: Arvind Kejriwal