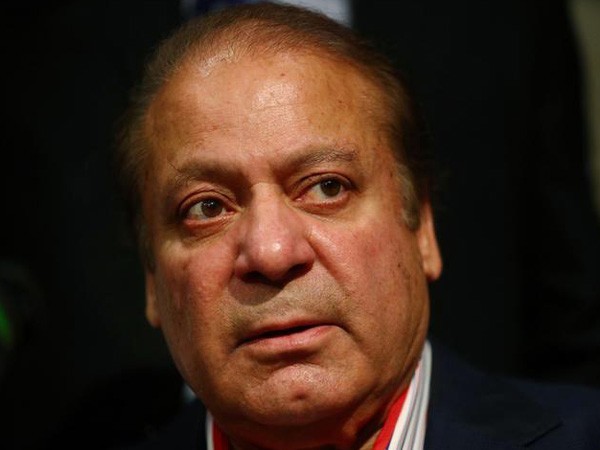 Islamabad [Pakistan], Oct 25 (ANI): The Lahore High Court (LHC) on Friday granted bail to Former Pak Prime Minister Nawaz Sharif, on medical grounds, in the Chaudhry Sugar Mills case.
According to the court order, the Former Premier will have to submit two surety bonds worth PKR 10 million for release in the Chaudhry Sugar Mills case, Dawn reported.
Earlier in the day, Sharif's lawyer pleaded to a two-member bench hearing the case to release the ailing leader on medical grounds.
Sharif's advocate also told the court that his client's health condition was "extremely serious."
Although the Sharif is set to be released from the custody of the National Accountability Bureau but he will only be free after a request seeking the suspension of his sentence is granted by the Islamabad High Court.
The appeal for his release was filed by Pakistan Muslim League Nawaz (PML-N) president Shehbaz Sharif to free his brother who is under the custody of the NAB for graft charges.
Earlier, Pakistan Prime Minister Imran Khan on Thursday issued directives to the Punjab government to allow PML-N leader Maryam Nawaz to stay with her ailing father in Lahore's Services Hospital.
On Thursday, the health of the jailed leader, who was hospitalised after being diagnosed with immune thrombocytopenia, was reported to be improving.
Sharif was arrested by NAB on October 11 and was produced before an accountability court in Lahore. The court then ordered the anti-corruption body to present the former Prime Minister on October 25.
Sharif is already serving a seven-year imprisonment in the Al-Azizia Mills corruption case. (ANI)

Shott offers 100 per cent cashback and free entertainment this Diwali

Days after shooting, Trump to visit El Paso on Wednesday

Pre August 5 Kashmir was a mess: Jaishankar on Article...