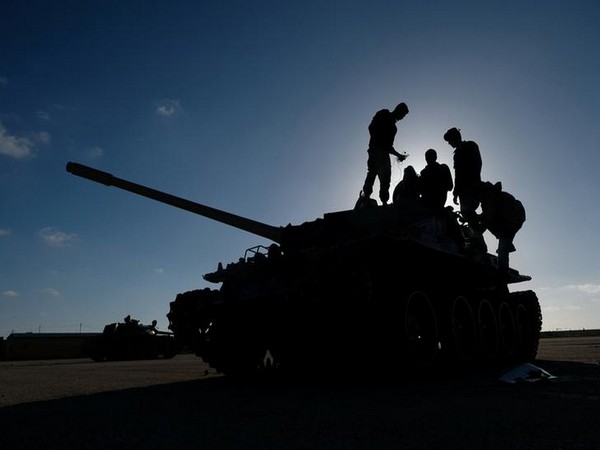 Tripoli [Libya], Jan 12 (ANI): Libyan National Army (LNA)-led by General Khalifa Haftar on Sunday detained an Italian vessel on its way to the port of Misrata.
Following the detention, the navy of LNA escorted the vessel to Benghazi for a search and to question the crew, Sptunik reported citing Ali Sabit.
Earlier the week, LNA announced that the ports of Misrata and Khoms as military operation areas and banned vessels from entering it.
However, internationally recognised Government of National Accord (GNA) termed the LNA claims untrue.
"A ship of the Libyan National Army forced the Italian vessel to change its route and was taken to Benghazi in compliance with the order of the Libyan Navy chief of staff that bans entering the ports of Misrata and Khoms. The crew of the vessel is currently being questioned and a search of the ship is underway," Sabit said.
The LNA-backed parliament controls the east of Libya, while the UN-backed interim Government of National Accord (GNA) governs Libya's western region from Tripoli.
While the US government has primarily backed the GNA, American diplomats and military officers have maintained contacts with Russia backed Haftar.
Most of the international community has urged for a peaceful resolution to the intense fighting which has ensued in the African nation. (ANI)

UN concerned over safety of civilians amid continued violence...