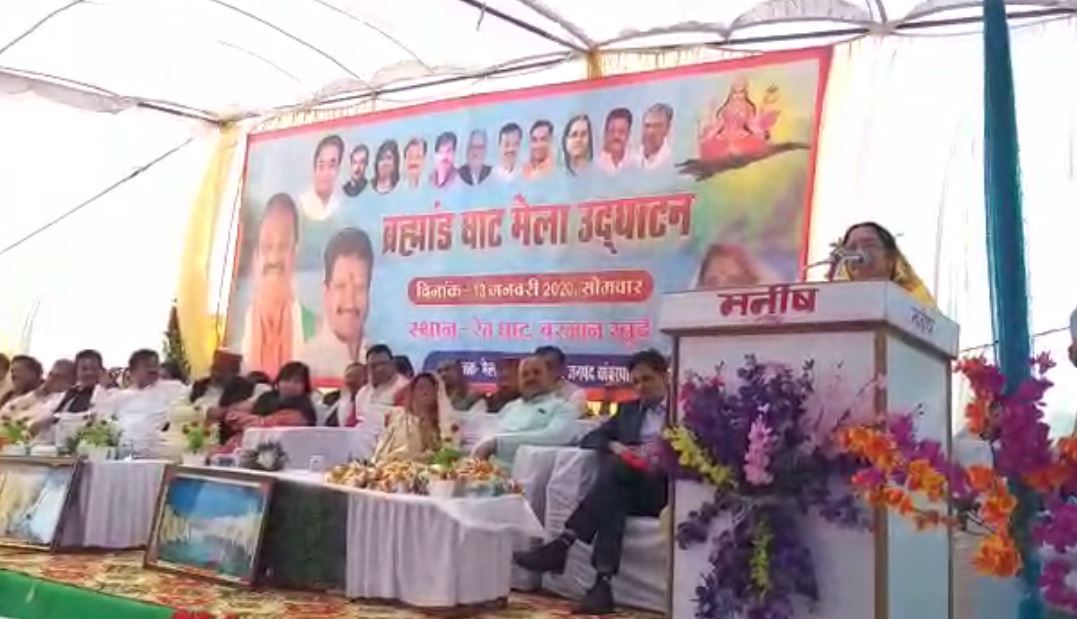 NarsinghPur (Madhya Pradesh) [India], Jan 14 (ANI): Congress MLA from Gadarwara Sunita Patel has threatened of protest and resignation, against illegal sand mining in the Narmada River.
"I had taken oath that if I get elected as an MLA I will not allow sand mining here. I tried my best but I was betrayed not just by other parties but my party as well, and by the administration too. It has been a year now that I have been trying to stop it. It causes me immense pain that I have not been able to fulfil my promise," the MLA said while speaking at an event on Monday.
"From this stage today, I would like to announce that I am ready to sit on roads and will resign if sand mining isn't stopped within this month", she added.
Madhya Pradesh Assembly Speaker NP Prajapati and State Minister Lakhan Lakhan Ghanghoriya were also present at the event. (ANI)

People fly kites to back Indian team against Australia

From Silicon Valley to Gujarat: Couple contribute to environmental...

UP: Man arrested for attempting to rape 6-yr-old girl in...