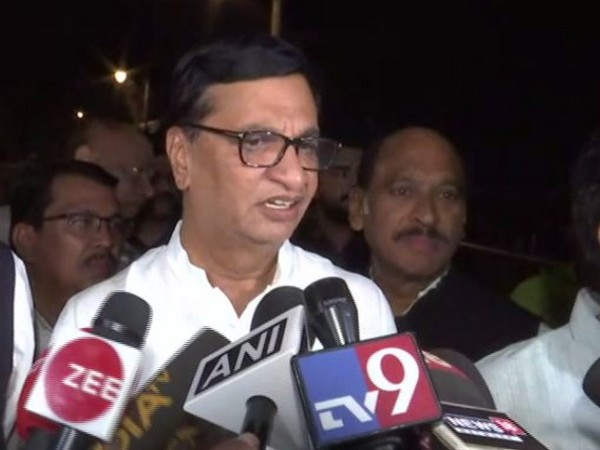 Mumbai (Maharashtra) [India], Nov 8 (ANI): As the rift between Shiv Sena and BJP widens further, Maharashtra Congress chief Balasaheb Thorat on Friday said his party will continue to wait and watch, and will observe the next move of Governor Bhagat Singh Koshyari regarding the government formation in the state.
"We thought Devendra Fadnavis was going to stake the claim to form the government but he didn't. We met Sharad Pawar to discuss the current political scenario in Maharashtra. We heard the press conferences of Fadnavis and Uddhav Thackeray. The Governor should invite the single largest party but we are carefully observing what the Governor will do next," Thorat told reporters here.
"Pawar Sir has said that the mandate should be respected. We don't have the numbers to form the government. Therefore, we haven't thought of anything so far. We will decide our next step after observing what the Governor decides," added Thorat.
The Congress leader said that they have not prepared any strategy as it is not certain whether BJP and Shiv Sena will be forming the government or not.
"There is a procedure for inviting the Shiv Sena or anyone else to form the government. The government and the Governor know this better than anyone else. We have not prepared any strategy yet. We will continue to wait and watch," said Thorat.
"To think of a government without BJP is fine but its implementation is difficult. BJP is responsible for the current situation. It should be resolved as soon as possible," he said.
Earlier in the day, Fadnavis submitted his resignation as Chief Minister of Maharashtra to Governor Koshyari, which appointed him the acting Chief Minister.
Fadnavis and Shiv Sena chief Uddhav Thackeray addressed press conferences in the evening today and levelled allegations against each other.
There has been a delay in the formation of a new government in Maharashtra after the assembly polls due to differences between the BJP and the Shiv Sena on power-sharing.
The BJP won 105 seats while the Shiv Sena bagged 56 seats in the 288-member Maharashtra Assembly.
Shiv Sena has insisted that the two parties had a '50-50' power-sharing agreement before the elections.
However, Fadnavis has said the Shiv Sena was not promised the chief minister's post for two-and-a-half years when the alliance was sealed before the 2019 Lok Sabha polls. (ANI)

Schools closed in Rajghar, Mandsaur due to rainfall