MTB Nagaraj making false allegations against me and other leaders: Siddaramaiah 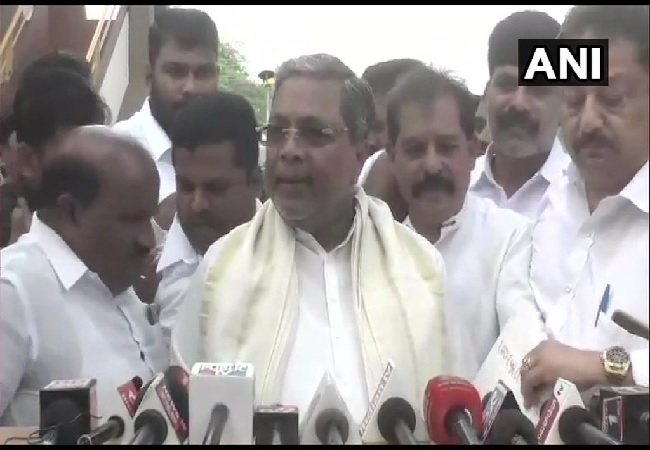 Mysuru (Karnataka) [India], Nov 21 (ANI): Former Karnataka Chief Minister Siddaramaiah on Thursday said that BJP candidate from Hoskote MTB Nagaraj is making false and baseless allegations that he provided loan to him and other leaders.
Speaking to media, Siddaramaiah said, "MTB Nagaraj has said that he has given loan to me and other leaders, which is not true. He's speaking nonsense in desperation. These disqualified MLAs think that I am the reason for their disqualification that's why they are speaking such things now.
Nagaraj's election affidavit submitted to Chief Electoral Officer (CEO) on Friday disclosed the net worth of over Rs 1201 crores.
The disclosure made shows that he has added Rs 185 crore to his wealth in just 18 months, as he declared assets worth over Rs 1,015 crore during the previous Assembly elections in 2018.
This year, his movable assets are Rs 419,28 crore, while his wife is of Rs 167.34 crore. A comparison of Nagaraj's affidavits filed in 2018 and 2019 show that his movable assets increased by Rs 104.53 crore. His wife, Shanthakumari's movable assets increased by Rs 44.95 crore.
Nagaraj has made 25.84 per cent of this wealth over six days in August, just a fortnight after he helped the fall of the coalition government which was led by HD Kumaraswamy.
The coalition government collapsed after Kumaraswamy lost the vote of confidence on July 23. BS Yediyurappa took oath as the Chief Minister of Karnataka on July 26. (ANI)

Seat-sharing pact with Shiv Sena to be announced in next...

Iqbal Ansari distances himself from AIMPLB's decision to...

Clicbrics raises around USD 3mn in Pre-series A Funding...