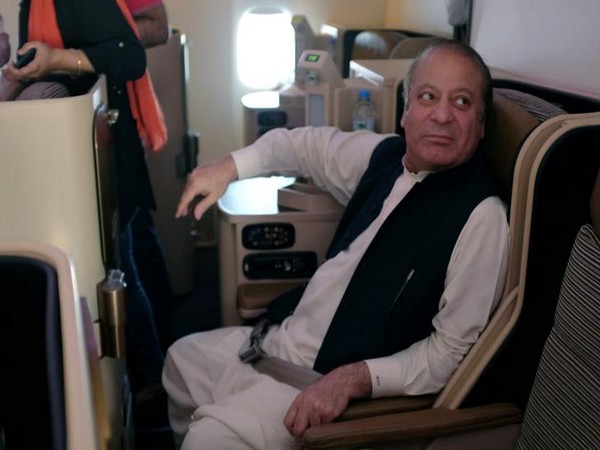 Islamabad [Pakistan], Feb 15 (ANI): The National Accountability Bureau (NAB) on Saturday raided businesses of former prime minister Nawaz Sharif's family in search of evidence pertaining to cases involving money laundering and benami accounts.
According to the search warrant, Judicial Magistrate Mohammad Amir Raza Baitu granted permission to NAB to search 55-K, Model Town, Lahore, and 91-F, Model Town, Lahore, as well as any other offices of the companies owned by the accused in the case, Dawn News reported .
The warrant further read that search orders were issued to recover documents from the said addresses which are "vital for logical conclusion of the case".
NAB sources told the newspaper that officials confiscated computers and laptops during the raids.
They added that important documents were recovered from the office of the chief financial officer of the Sharif Group of Industries.
NAB officials further said benami companies allegedly involved in money laundering were being operated from the office at 55-K, Model Town. They said the bureau was looking for records pertaining to Unitas, Waqar Trading and other companies.
Nawaz Sharif, who has been indicted in a corruption case, is currently undergoing medical treatment in London. (ANI)

Nobel Prize in physics awarded to 3 scientists for discoveries...

Removed from directorship of CPECEAMI for views on Ayodhya...

RCEP nothing but an India-China free trade agreement: Piyush...

Mumbai (Maharashtra) [India], Jul 17 (ANI): The death toll in the collapse of four-storeyed...

UP: Children at Mirzapur primary school served salt with...