No proposal from Shiv Sena to oust BJP out of power: Cong 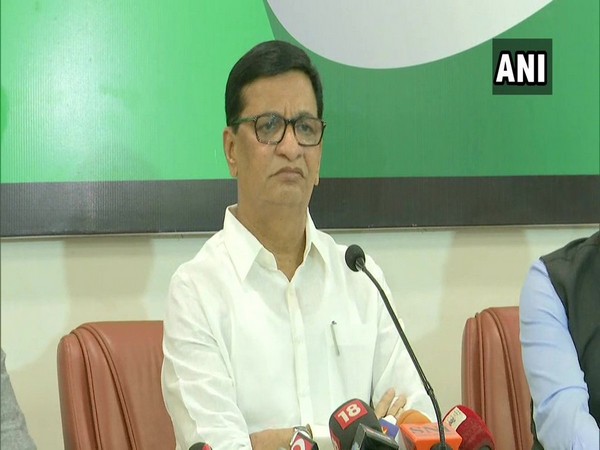 Mumbai (Maharashtra) [India], Oct 26 (ANI): President of Maharashtra Congress Committee Balasaheb Thorat on Friday dismissed reports of receiving any proposal to join Shiv Sena to keep the Bharatiya Janata Party (BJP) out of power in the state.
"We (Congress) have not received any proposal from Shiv Sena yet. But if anything comes from them, we will get in touch with the party high command in Delhi and see what can be worked out," Thorat said in a press conference here.
As per the Election Commission, BJP secured 105 Assembly seats, Shiv Sena (56), Congress (44) and the Nationalist Congress Party (54).
Being asked about Congress' response if the Sena approached it, Thorat -- while targetting the BJP -- said: "Uddhav Thackeray-led Shiv Sena would have to come out of the BJP's influence as everybody knows how the party had treated the Shiv Sena and now it is entirely for the Sena to decide what to do".
The Congress leader claimed that his party leadership is in constant touch with the independent candidates who retained victory in the Assembly polls. "The independent candidates do not want to support the BJP-Shiv Sena alliance in the state. As they want to be part of the Opposition, we are expecting more [seats]," he said.
A poster calling Aaditya Thackeray as future Chief Minister was seen in Worli, the constituency from which he has been elected in Maharashtra assembly elections.

He is the first member of the family in Shiv Sena's history to contest the election.

On Thursday, Sena chief Uddhav Thackeray had raised questions over whether the BJP or Shiv Sena would get the chief minister's seat in the state this time. (ANI)

Among 10 seats won by JJP, BJP lost 8 against its new ally in Haryana

Delhi Traffic Police all geared up for 'Run for Unity'...

Congress MPs should apologize to Smriti Irani for their...