One dead after plane skids off at Istanbul Airport, 157 injured 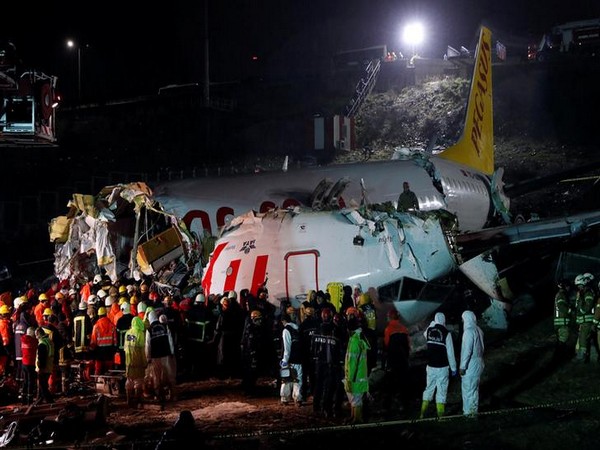 Ankara [Turkey], Feb 6 (Sputnik/ANI): One person was killed as a result of the hard landing conducted by a plane of the Turkish Pegasus airline in Istanbul's Sabiha Gokcen International Airport, while the number of injured people climbed to 157, Turkish Health Minister Fahrettin Koca said on Wednesday.
Earlier in the day, the aircraft, en route from Izmir to Istanbul with 183 people on board, overran the runway during landing in poor weather, caught fire and broke into three parts.
Turkish Transport Minister Mehmet Cahit Turhan previously said that no one was killed in the incident, and it was also reported that 139 people sustained injuries.
"Unfortunately, one of the passengers died, and 157 people were injured," Koca told reporters. (Sputnik/ANI)

After 'Solidarity Hour' turned out to be damp squib, Pak...