Our mission is to make Iran behave like normal nation: Pompeo 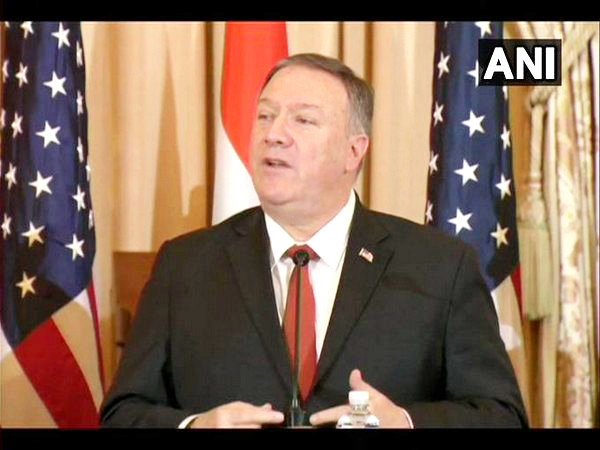 Washington DC [USA], Dec 31 (ANI): Hours after US forces conducted strikes in Iraq and Syria against facilities linked to Iranian- backed Shia militia group, Secretary of State Michael Pompeo said that US mission is "to make Tehran behave like a normal nation."
"Our mission continues to make Iran behave like a normal nation. We laid out back in, May of last year, after the President withdrew from the JCPOA - the nuclear deal- we laid out demands our requirements," said Pompeo in an interview to Fox News.
In a tweet by US Department of State, Pompeo was reported as saying, "The Iranian people understand that their leadership's activities need to change... When they see Iranian money launching an attack on an Iraqi facility, I think the Iranian people understand that's not the best use of their money."
Earlier, US forces had conducted strikes in Iraq and Syria against five facilities linked to an Iranian-backed Shia militia group, which has been blamed for a series of attacks on a joint US-Iraq military facilities housing American troops, Pentagon said on Sunday.
The attack was carried out in retaliation to a rocket attack on Friday in which an American contractor was killed.
Meanwhile, Iran on Monday has said that strikes by the United States against five targets of Iranian backed paramilitary groups in Iraq and Syria are an act of terrorism.
Tensions have been brewing between the two after the US in 2018 withdrew from 2015 nuclear deal which was signed amongst Iran, US, Germany, France, the UK, Russia, China and the European Union. Since then, Iran started to enrich its uranium amid its crumbling economy crippled by US sanctions. (ANI)

Small shops running in over 100 colonies in Delhi will be authorised: Piyush Goyal

US: 4 killed, 11 injured in California shooting