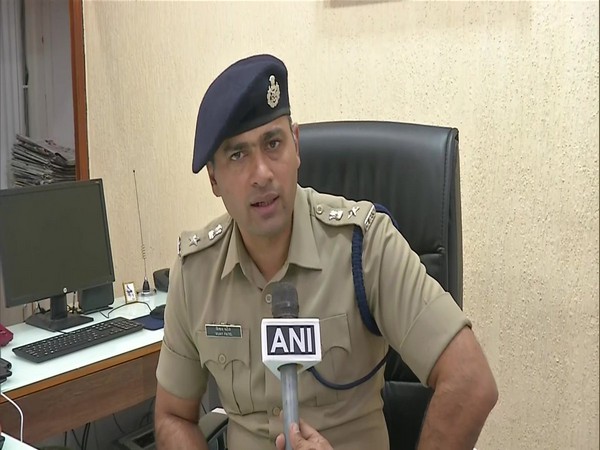 Ahmedabad (Gujarat) [India], Feb 15 (ANI): Over 10,000 police personnel will be deployed as part of the security arrangements during US President Donald Trump's visit who will be visiting the city on February 24.
"Over 10,000 police personnel including 25 IPS officers, 65 ACPs, 200 police inspectors and 800 sub-inspectors will be deployed during US President Donald Trump, his wife Melania Trump and Prime Minister Narendra Modi's visit to Ahmedabad on February 24," Ahmedabad DCP Vijay Patel told ANI on Saturday.
DCP Patil also informed that the state police is coordinating with US Secret Service to oversee the arrangements.
"We are coordinating with US Secret Service and SPG to lay out a full proof security plan. Teams of Bomb Detection & Disposal Squad sanitizing venues where the two leaders will visit. We are checking backgrounds of 1.2 lakh participants of 'Kem Chho, Trump' event.
Accompanied by First Lady Melania Trump, the US President is slated to visit India on February 24 and 25 at the invitation of PM Modi.
A day after the announcement, Modi tweeted that India will accord a memorable welcome to the "esteemed guests" and the visit would go a long way in further cementing India-US friendship.
According to the Ministry of External Affairs (MEA), Trump is expected to attend an event at the Motera Stadium in Ahmedabad on the lines of the 'Howdy Modi!' function that was addressed by Trump and Modi in Houston in September last year. (ANI)