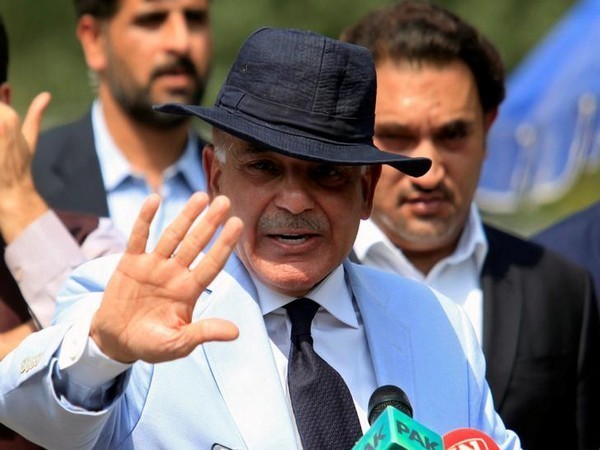 Islamabad [Pakistan], Dec 3 (ANI): The National Accountability Bureau (NAB), Lahore, on Tuesday issued orders to freeze immovable properties of Pakistan Muslim League-Nawaz (PML-N) president Shahbaz Sharif and his two sons. The family has been facing an investigation in the income-beyond-means and money laundering case, Pakistani media reported.
Among the properties that would be sealed include Shahbaz's two houses in Lahore's Model Town and one bungalow in Daunga Gali town, the Express Tribune reported.
The order passed by Director General (DG) NAB Lahore Shahzad Saleem cites that the evidence collected "so far" during the investigation presented reasonable grounds to believe that the accused have committed "offence (s) of corruption and corrupt practices as defined under section 9(a) punishable under section 10 of the National Accountability Ordinance (NAO)1999 read with section 3 of Anti-money laundering Act 2010."
The order will remain in force for a period of 15 days within which the NAB will file an application in the accountability court under section 12 of the NAO, 1999. (ANI)

Rajnath Singh pays tribute to soldiers at US' Arlington...

Women continue to hold protest against CAA, NRC in Lucknow's...

Sensex falls by over 400 points, metal and auto stocks...

India to supply fifth tranche of assistance to help Bangladesh...

Walt Disney Co. will try to close the global box-office gap between its mega-blockbuster...