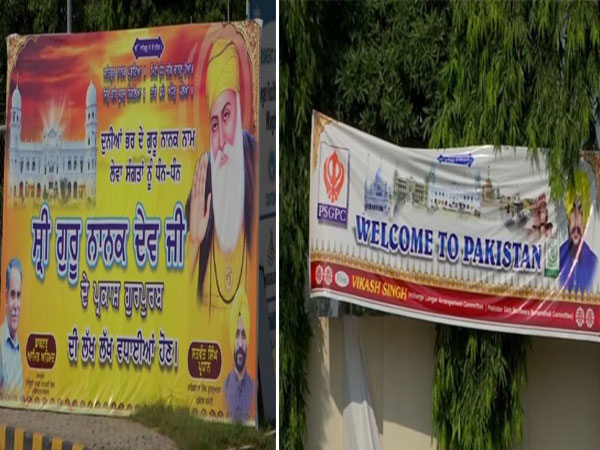 Wagah [Pakistan], Nov 8 (ANI): Posters and banners welcoming pilgrims visiting Gurudwara Kartarpur Sahib to mark the 550th birth anniversary of Guru Nanak Dev were spotted at Wagah in Pakistan on Friday.
The pilgrims have been reaching Pakistan via Wagah border to visit the sacred site at Kartarpur which is the birthplace of Guru Nanak.
Separately, the pilgrims will reach the Gurudwara through the Kartarpur corridor which will be inaugurated tomorrow. The corridor will facilitate smooth passage of pilgrims who are visiting the holy site.
Prime Minister Narendra Modi will inaugurate the corridor from the Indian side while Imran Khan will open the route on the Pakistan side.

India and Pakistan had on October 24 signed an agreement on the modalities for operationalising Kartarpur Sahib Corridor, paving the way for its inauguration ahead of the 550th birth anniversary of the Sikh faith founder Guru Nanak Dev. (ANI)

US urges India to lift market access barriers in trade