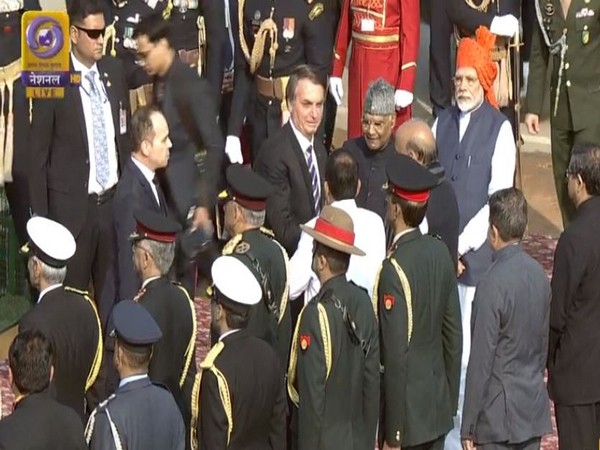 New Delhi [India], Jan 26 (ANI): President Ram Nath Kovind accompanied by his Brazilian counterpart Jair Bolsonaro on Sunday arrived at Rajpath to take part in the Republic Day parade.
Bolsonaro is the chief guest of this year's Republic celebration. At the parade
India's military might, cultural diversity, social and economic progress is being displayed during the Republic Day celebrations.
The parade for the Republic Day began at Rajpath with President Ram Nath Kovind unfurling the national flag and receiving a 21-gun salute.

For the first time, a contingent of women bikers of CRPF will perform daredevil stunts. The Dhanush artillery will also be displayed for the first time during the Republic Day parade. (ANI)

Amit Shah asked me to induct Prashant Kishor into JDU,...

UP: 26 new buses to increase rural connectivity in Lucknow

Ahead of Delhi polls, Alka Lamba returns to Congress after...