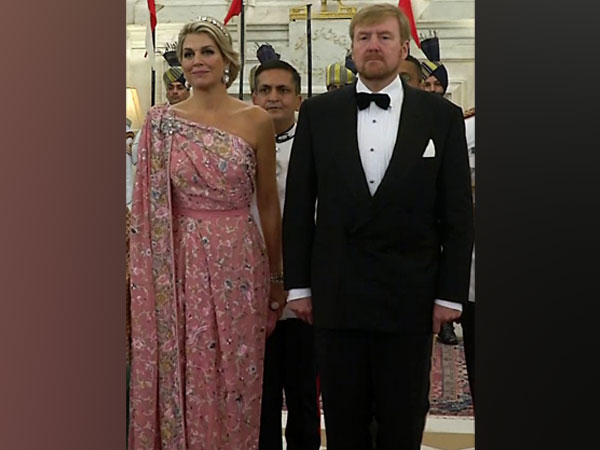 New Delhi [India], Oct 14 (ANI): The Queen of Netherlands Queen Maxima was dressed up to the nines in a classy saree gown as she attended a banquet hosted by President Ram Nath Kovind on Monday evening at Rashtrapati Bhavan.
On a five-day visit to the country, the Queen displayed sartorial elegance at the event - a gown specially tailored out of saree given by her mother-in-law.
Combining beauty with class, the Queen beautifully draped the exclusively customised off-shoulder Parsi Gaara embroidery baby pink saree.
The Gaara thread work done in ivory white, blue and mauve on the gown made it look even more in tune with the occasion. 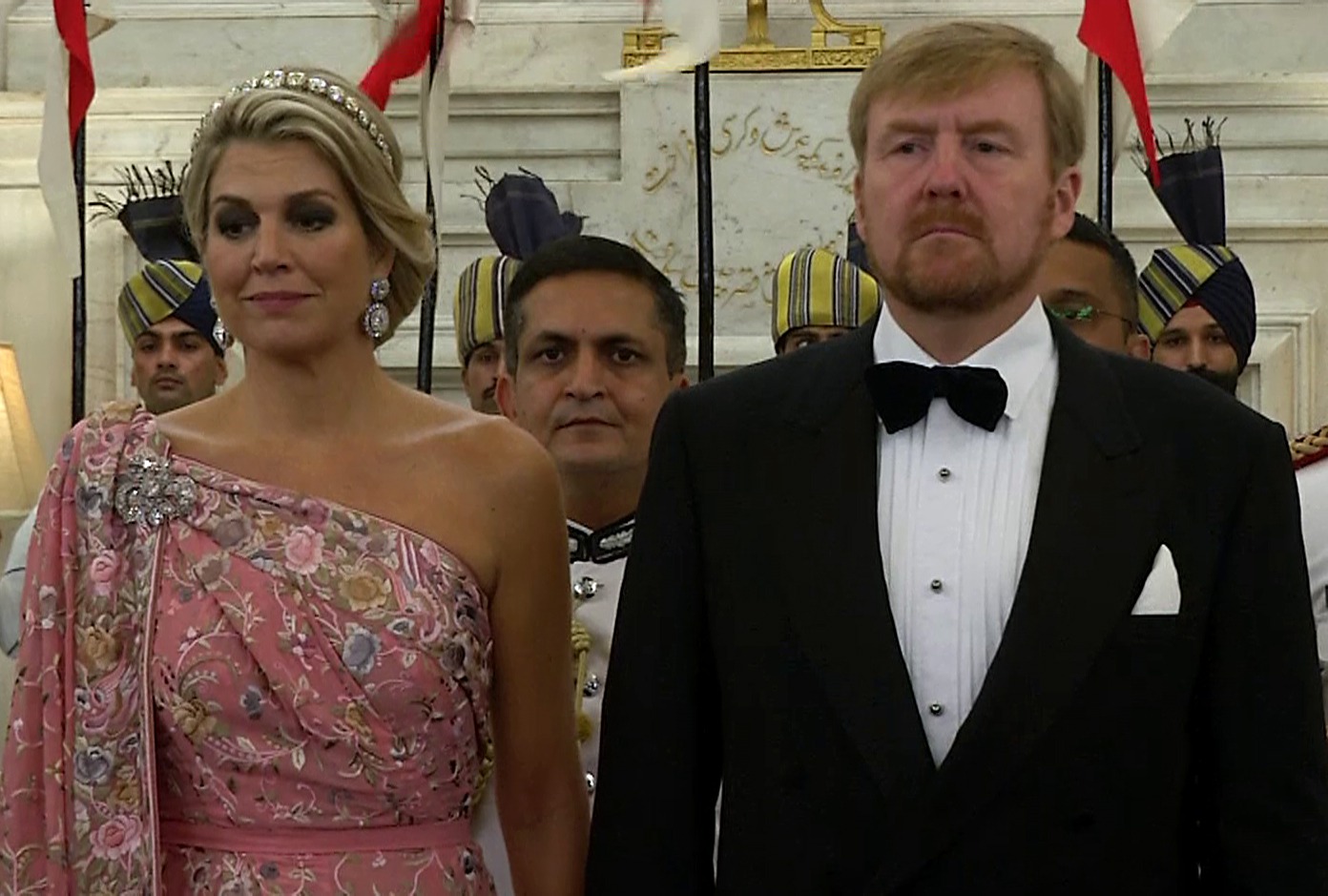 Displaying her royal side, Queen Maxima wore a diamond tiara perfectly fitted onto her neatly tied hairs. She accessorised her look with a pair of diamond earrings and bracelet.
Earlier in the day, the King Willem-Alexander and Queen met President Ram Nath Kovind and Prime Minister Narendra Modi in the national capital.
Upon their arrival on Sunday night, Willem-Alexander and Maxima were given a traditional welcome at the airport where several officials lined up to receive them.
Apart from the official programme in Delhi, the King and the Queen will also visit Mumbai and Kerala.
The royal couple will attend the inaugural session of the 25th Technology Summit in New Delhi. The Netherlands is the partner country for the event. India and The Netherlands have a bilateral trade turnover of USD 12.87 billion (2018-2019).
The Netherlands is the 5th largest investor in India with a cumulative investment of USD 23 billion between 2000 and 2017.
The Netherlands is home to a 235,000 strong Indian diaspora, the largest in mainland Europe.
The visit is expected to boost economic and political cooperation between the two countries. (ANI)

Shah Rukh Khan gets 39 million followers on Twitter, urges them to 'keep positivity...

TN: Madurai student makes casteist slurs at classmate, attacks with blade on back

UP: Police arrests suspicious man for allegedly having...